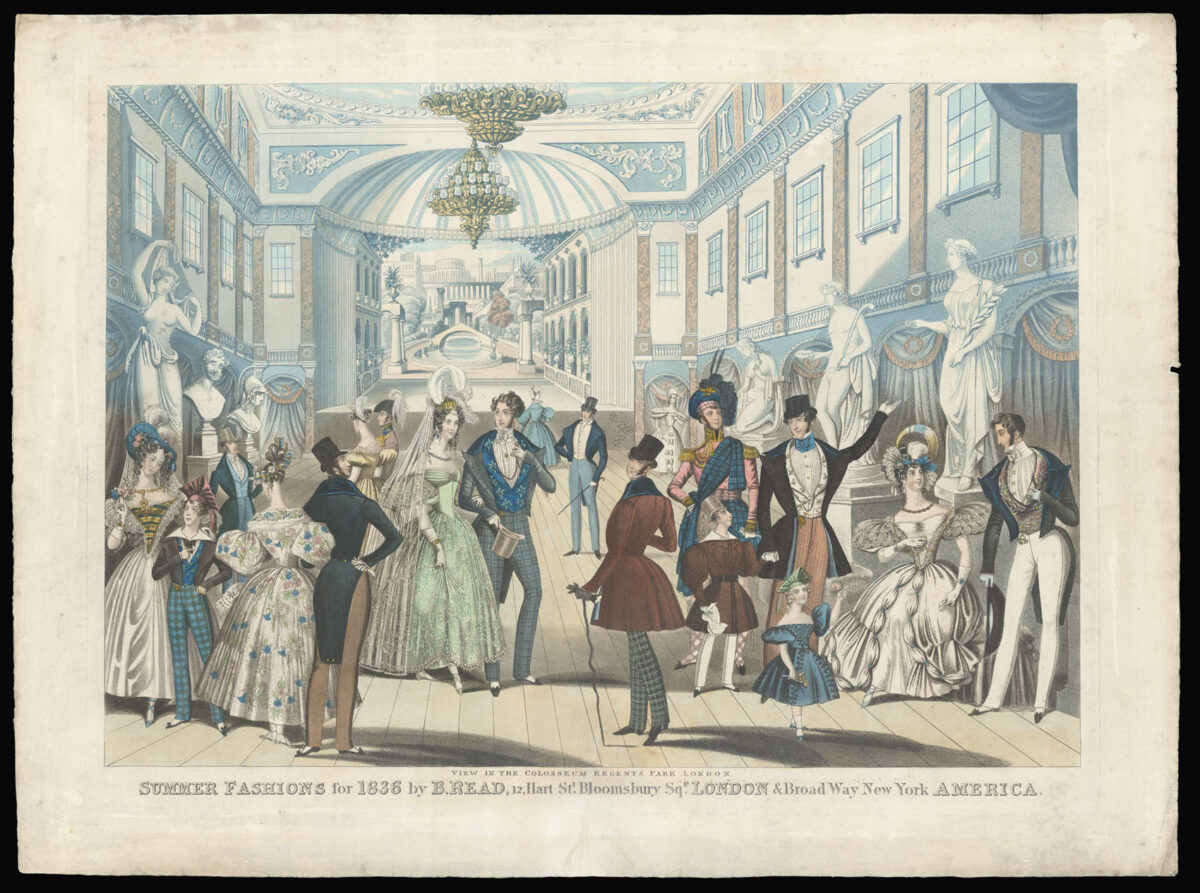 A dedicated follower of fashion

Benjamin Read’s Regency fashion prints were the most successful advertising of their day. Read was a tailor by profession, but realised the potential for producing high quality prints of his wares. Ralph Hyde suggests that Read was inspired originally by the ​‘Monstrosities’ of George Cruikshank, the satirist, who would produce an annual print of the worst offenders against fashion and the latest ridiculous trends. Read initially employed Cruikshank’s younger brother, Robert, but by the time these examples were produced his name had disappeared from the prints. They were particularly effective not only because of their distinctive style and elegant colour, but also because they showed Read’s clothes on fashionable people in fashionable surroundings. The Colosseum in Regent’s Park, for example, was a temporary structure housing amongst other things an enormous panoramic painting of London, a popular attraction. They allowed the viewer to imagine themselves not only in the clothes but also in the milieu.

As he sold mainly menswear, which was less subject to change, Read would issue only two prints a year, for summer and winter fashions. They were so well-known that they soon had imitators, and Read even offered a service to improve other tailors’ fashion plates before publication. 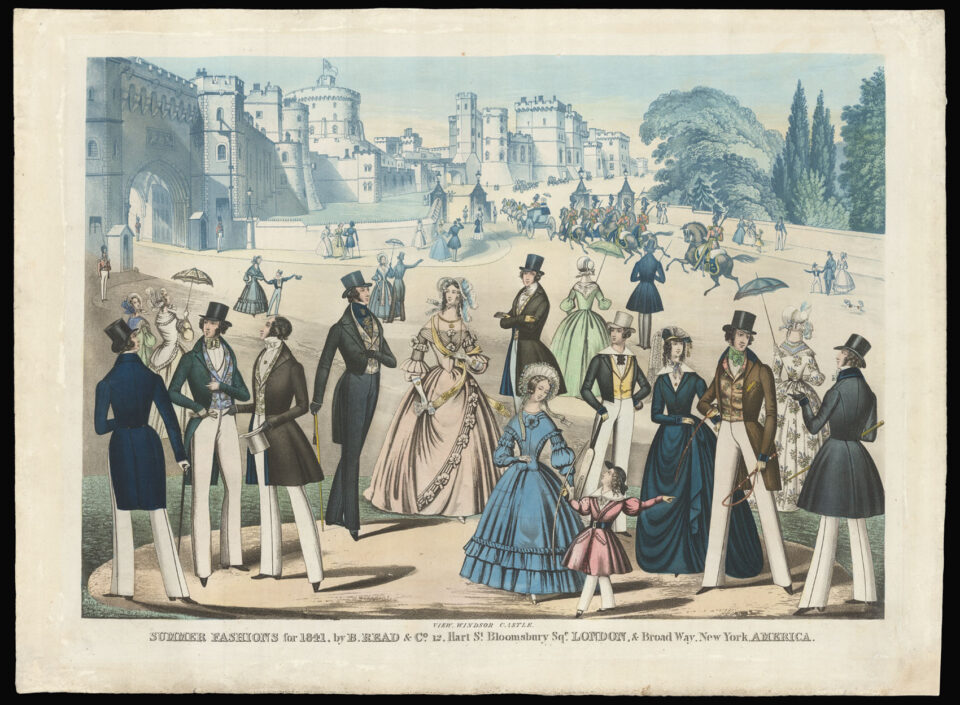