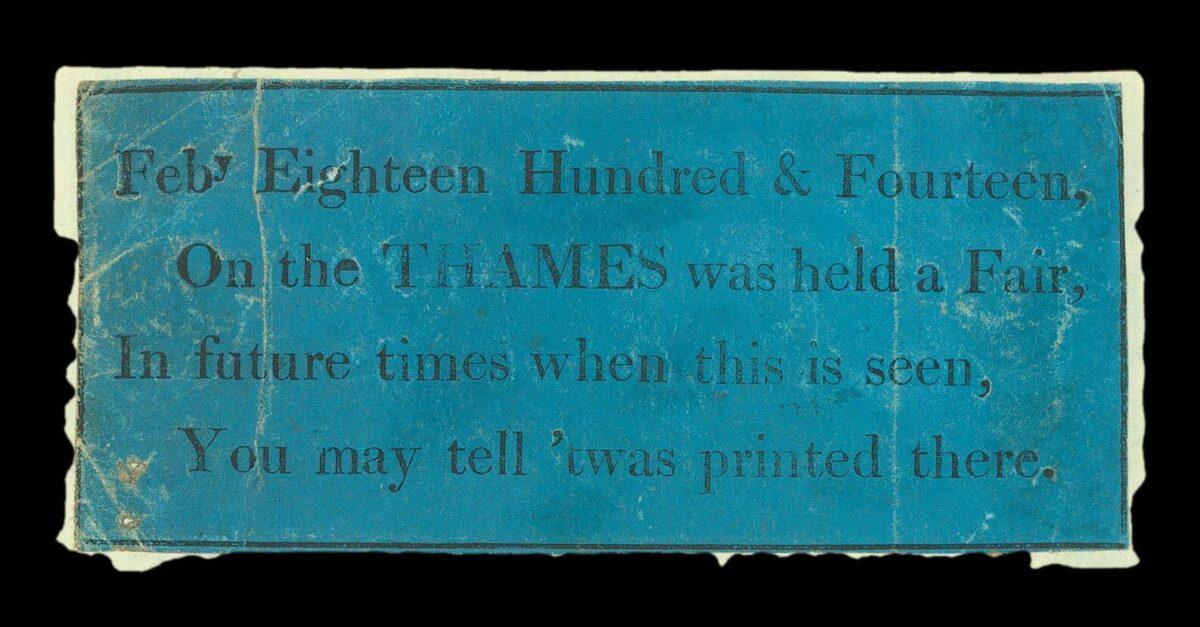 “… you may tell ​’twas printed there”

[Souvenir ticket from the Frost Fair of 1814]

From one of the presses working on the ice this small ticket was printed as a souvenir commemorating the Frost Fair on the Frozen River Thames of 1814:

​“Feb.y Eighteen Hundred & Fourteen,
On the THAMES was held a Fair,
In future times when this is seen,
You may tell ​’twas printed there“ 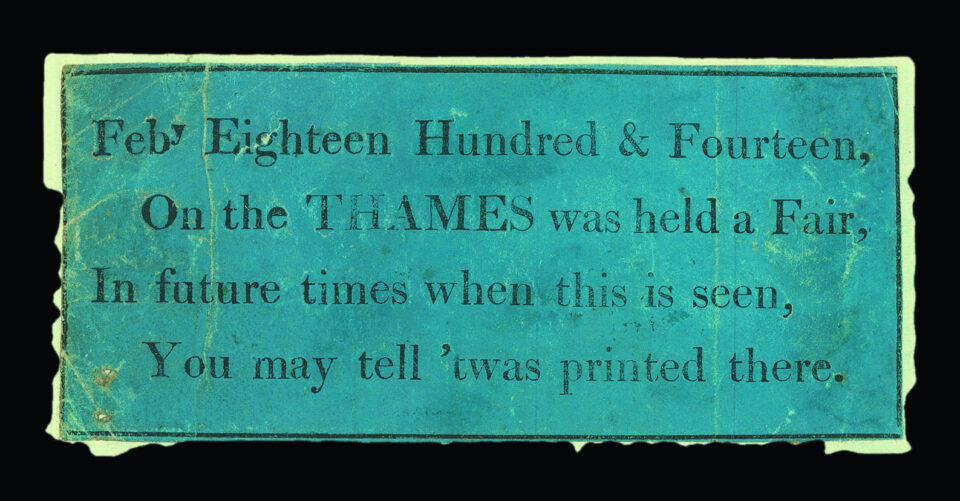