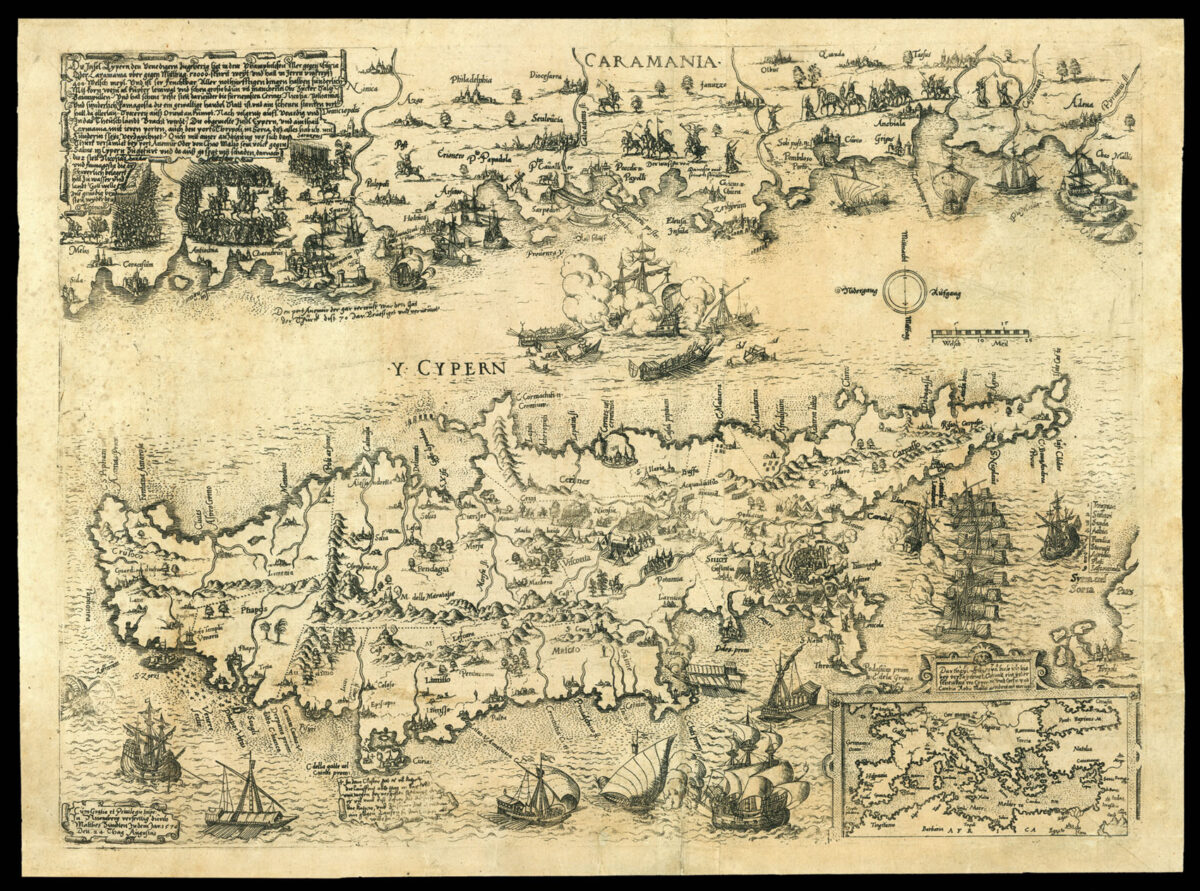 Mathias Zündt (1498–1586) was a German engraver and a leading publisher of newssheets and maps. The rest of Europe was deeply interested in the conflict in the eastern Mediterranean, and Zündt would have produced his map in response to a demand for news about Cyprus. The cartography draws on an earlier map by Paolo Forlani Veronese, but Zündt has filled the map with vignettes of the fighting, including the sieges of Nicosia and Famagusta. He also added an inset map of the Mediterranean so the viewer could understand the position of Cyprus in relation to the rest of Europe, and a long text note giving historical and geographical details of the area.

Contemporary German broadsheet maps of the attack on Cyprus are much rarer than their Italian equivalents, and yet were equally important in disseminating the unfolding events for a contemporary audience. We have only been able to trace one institutional copy; that held by Basel Universitatsbibliothek. We are aware of two examples in the trade in the past 40 years; at Sotheby’s, London in 2006 for £142,400, and at Kiefer Buch und Kunstauktionen, Pforzheim in 2008 for €51,920.