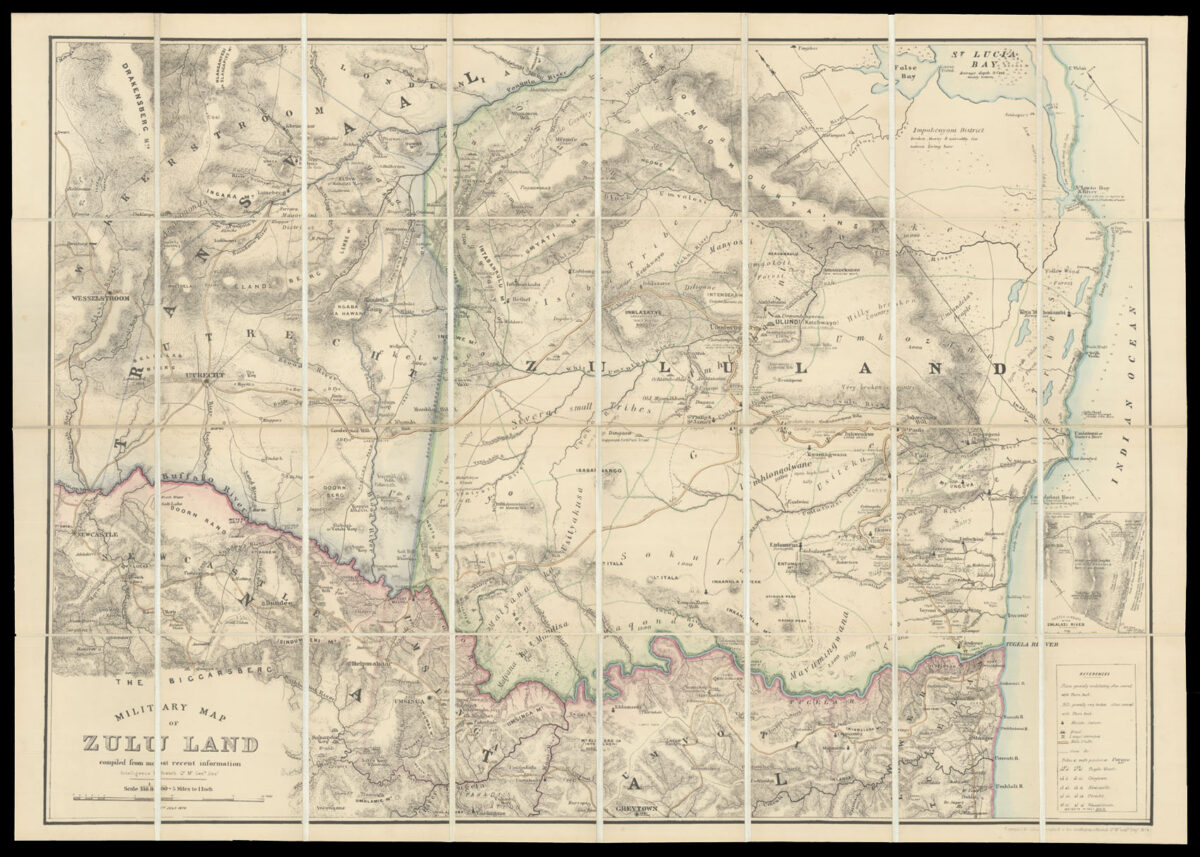 Military Map of Zulu Land complied from most recent information.

After the passing of the Constitution Act of 1867 in Canada, which defined British dominion over the land, a similar effort was made to consolidate control over the kingdoms of South Africa. At the end of the 1870s, therefore, Sir Bartle Frere, High Commissioner to South Africa, gave the Zulu King Cetshwayo a provocative ultimatum that would inevitably end in conflict. Its rejection was used as an excuse for the first invasion of the Zulu Kingdom, marking the beginning of the short but bloody Anglo-Zulu was of 1879.

The conflict was fought between roughly equal numbers of British Imperial and Zulu forces, although casualties and deaths were significantly higher among the latter given their inferior weaponry and logistics. Nevertheless, the initial invasion was not a success, and it was not until a second, heavily reinforced attempt by the British was launched that they finally succeeded in defeating Cetshwayo’s forces and taking his capital at Ulundi. Zululand was subsequently divided into thirteen chiefdoms lead by compliant chiefs chosen by tbe. British.

The present map was made accompany a volume of Parliamentary papers and letters, entitled ​‘Further Correspondence Respecting the Affairs of South Africa’, which was published in August 1879 in between the British victory at Ulundi and the partitioning of the land. Focusing on the eastern frontier north of Durban, between Lesotho and Swaziland, the map serves as a record of the Zulu Kingdoms before their division by the British. The regions of Zululand, Natal and Transvaal are outlined in colour wash. The main rivers and routes across the region are represented, and a key in the lower right-hand corner identifies the symbols used to identify significant features and locations. Areas are labelled with tribal names as well as toponyms, and around the coast depth soundings are given.

Rare: we have only been able to trace four institutional examples, held at the British Library, Cambridge University Library, the Bodlein Library and the University of Kwazulu Natal.