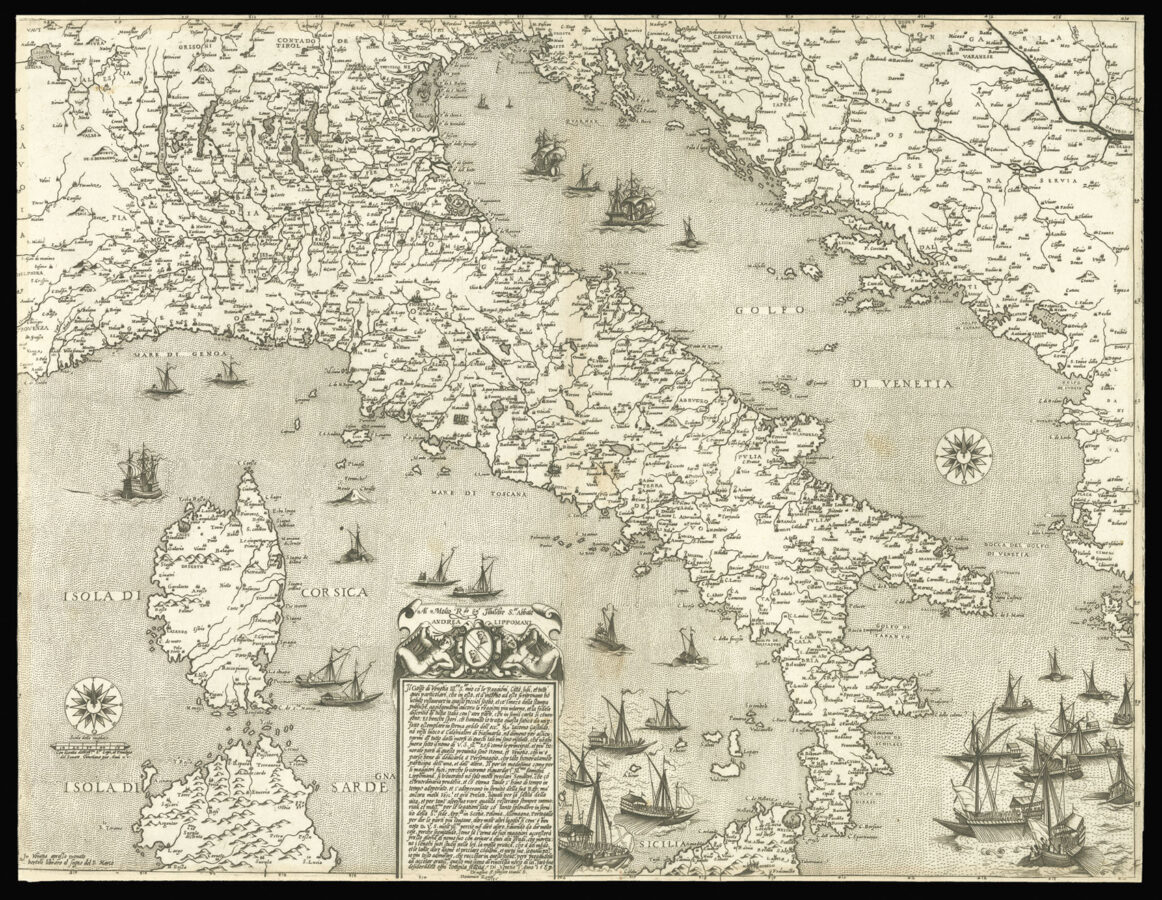 The map stretches west to east from Nice to Corfu, and north to south from Trieste to Sicily.

Domenico Zenoi, who describes himself as ​“a Venetian engraver of prints” active during the 1560’s and 1570’s. He is known to have submitted a request for a ​‘privilegio’ (an early form of copyright) for 15 years to the Venetian Senate in 1566, for a series of prints including among others maps of Asia, Africa, Spain, and Itlay. He was granted the privilegio on the 5th December. The following month a second license was issued including a stipulation that Zenoi ​“shall be under the obligation of showing each of these [prints] and those of which he will have printed from time to time to the Executors so that one should see if there is no any obscenity”. Unfortunately, Zenoi a short while later was indeed found guilty of engraving obscene prints. The present map records the granting of the ​“privilegio” underneath the scale bar.

The map is based on the one by Gastaldi of 1561, and the following version by Paolo Forlani of 1563, to which the latter added many elements to the sea. It is not clear whether in this case Zenoi was the engraver and Bertelli the publisher, or if Zenoi took some part in the publication as well; in fact, at the time, the relations between publishers and engravers were rather complex, and their roles often not definite. However it is certain that the map remained in Bertelli’s typography archive, as it is confirmed by the second state of the plate published by Donato Bertelli (Ferrando’s heir). The only fourth state known is in the Moreschi collection.

The map bears a long dedication to Andrea Lippomani, the prior of La Sanctissima Trinita in Venice.

Rare Tooley records only two examples: Wolfegg (Wurtemberg); and University of Leiden; WorldCat records a further three: the British Library; the Bithiotheque Nationale de France; and the University of Illinois.