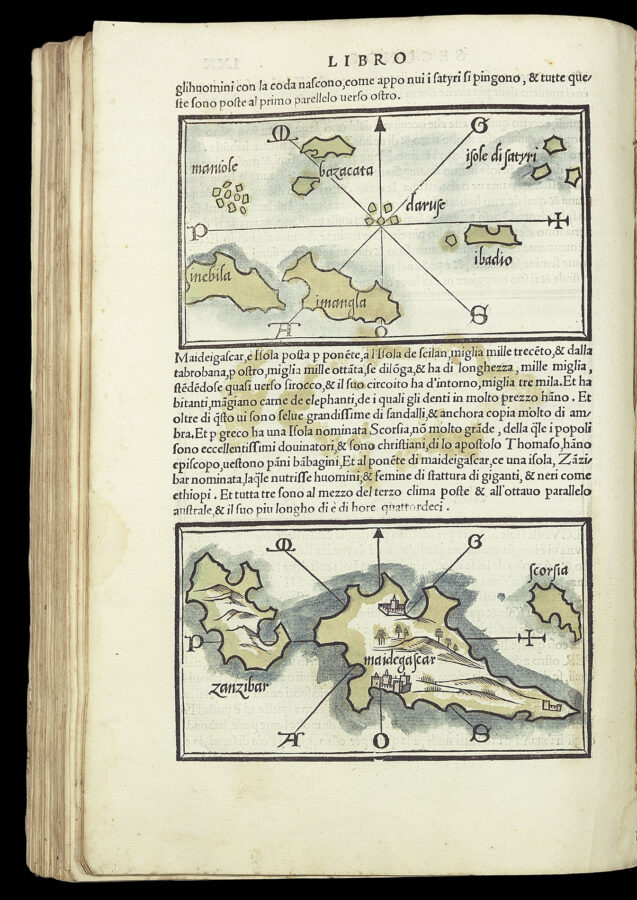 The top map shows a group of imaginary islands, after Ptolemy. Bordone writes that only women live on Imangla and only men on Inebila; the women went to Inebila solely to procreate, and any male babies were sent to Inebila at the age of three. Bazacata was supposedly populated completely by nudists; Maniole was made of magnetic ore. The bottom map is of Zanzibar and Madagascar. Bordone was the first cartographer to publish individual maps of the Southeast Asian islands.