“You have cost me more territory than all my enemies!”

A complete set of Cassini’s map of France housed in full red morocco slipcases. The first scientific survey of France, the first road ​“atlas” of France, and the map that, in 1682, some 133 years before its completion, caused Louis XIV to lament that it ​“cost me more territory than all my enemies!”.

The map was the brainchild of Jean-Baptiste Colbert, who was minister of finance from 1665 to 1683 in Louis XIV’s reign. He envisaged a detailed map of the whole of the royal estate to improve its management and potential revenue. He turned to the newly formed Académie de Sciences for help, and principally to the services of Jean-Dominique Cassini and the surveyor and astronomer Abbé Jean Picard. The survey was carried out using astronomical observations (courtesy of Cassini) to ascertain the precise longitude and hence the accurate measurement of a baseline. Once an accurate baseline had been measured, the surveyors began the trigonometrical survey. These intricate interlocking triangles would become the survey’s skeleton, which in turn would be fleshed out by the use of more traditional techniques. Picard outlined his method in his work ​‘Mesure de la terre’ of 1671. The project was ​“the first general map of an entire nation based on geodetic and topographical measurements … [and] transformed the practice of mapmaking over the next 150 years into a verifiable science” (Brotton).

The first map in the survey, the ​‘Carte particulière des environs de Paris’, was completed by Picard in the late 1660s, and published in 1678 on a scale of 1:86,400 (the standard scale for the whole survey). Picard then turned his attention to surveying the French coast. One of the most startling results of the coastal survey, published in 1684, was that it reduced the overall size of France from 150,000 square kilometres to 120,000 square kilometres. It was this dramatic change that caused the outburst from Louis XIV quoted at the head of this description.

Following the publication of the coastal survey, everything was in place for the mapping of the nation to begin. However, Louis’ numerous military campaigns had begun to starve the project of funds and, with the death of Cassini in 1712, the project lost its figurehead. Louis himself died three years later. The new king, his great-grandson Louis XV, was only five when he took the throne and the project was put on hold.
It would not be until 1733 that Philibert Orrey, Louis XV’s controller general, would order Jacques Cassini (Cassini II), to resume the triangulation of the entire nation. Jacques was joined in his endeavour by his son Cassini de Thury (Cassini III), and, by 1744, the triangulation of the country was complete.

With the framework complete, in 1746 Louis charged Cassini III with fleshing out the survey’s bare bones. Cassini calculated that the survey would take 18 years to complete, and consist of 180 maps at a cost of 4,000 livres each. Unfortunately, his estimates were woefully optimistic. By 1754, only two maps had been published, and Cassini received the news that Louis was to end the financing of the survey. This forced him to turn to the private sector, and with Louis’ backing he set up the Société de la Carte de France, which consisted of 50 shareholders, each of whom was asked to contribute 1,600 livres annually. This, combined with a public subscription in 1758, and a royal proclamation of 1764, demanding that unsurveyed regions contribute to the survey’s costs, kept the project on a secure financial footing. Although Cassini III had secured the map’s future, he would not see its completion. In 1784, at the age of 70, he died of smallpox. The completion of the great project was left to his son Jean-Dominique (Cassini IV).

By 1790 all of France had been surveyed, and only 15 maps were left to be published. However, the shareholders would not see any profit from the enterprise. The National Convention nationalized the survey in September 1793, with the regional maps taken out of circulation and the plates confiscated by the Dépôt de la Guerre. This left the project in limbo, and it was not until the intervention of Napoleon Bonaparte in 1804, that the project would finally be resumed. In 1815, the final sheets of Brittany were completed, thus bringing an end to one of the greatest surveys in history. The map would not be superseded until the publication of the military staff map of 1866. 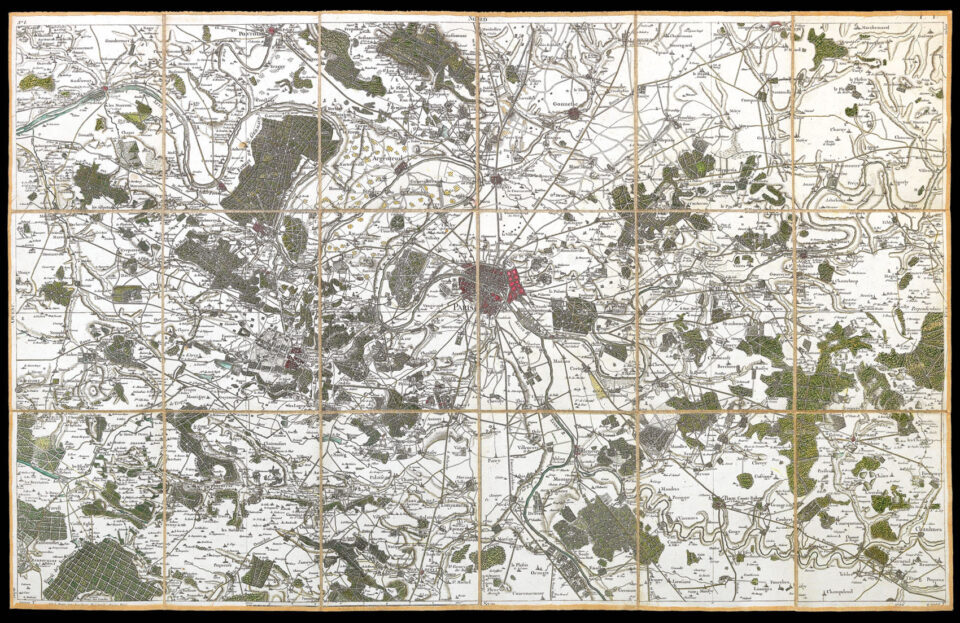 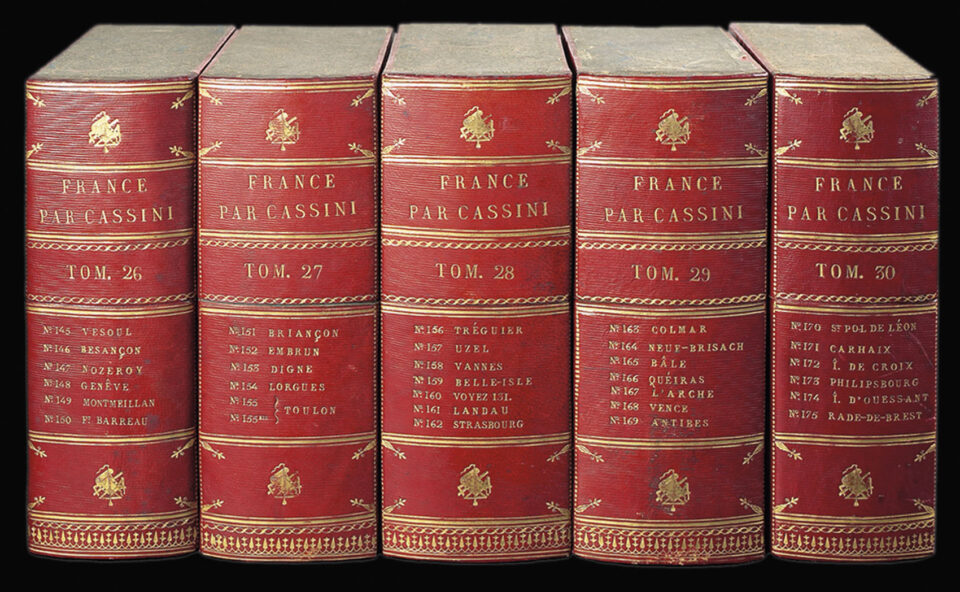 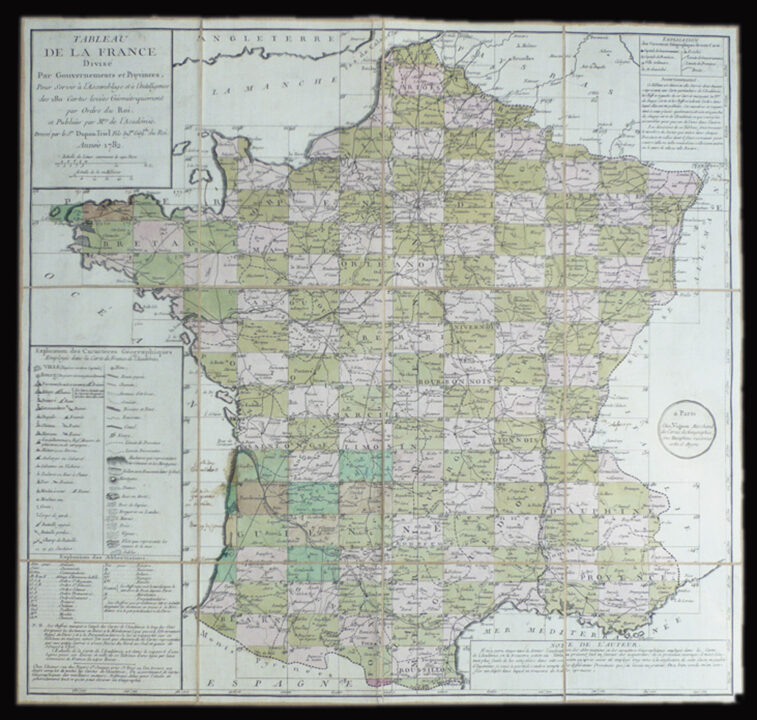 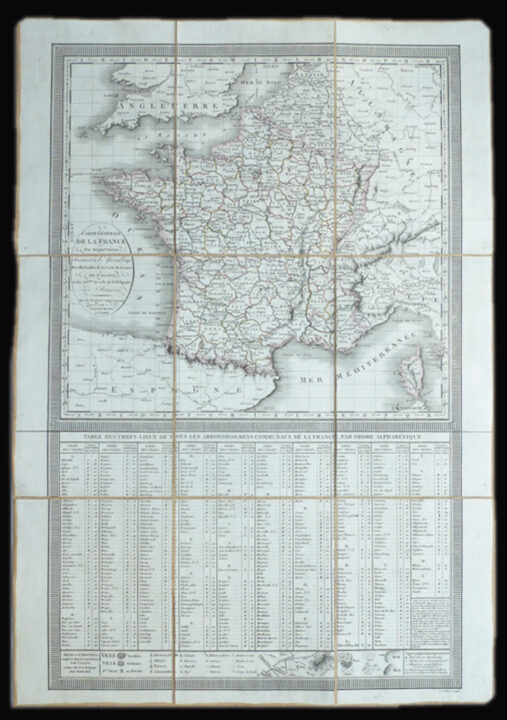 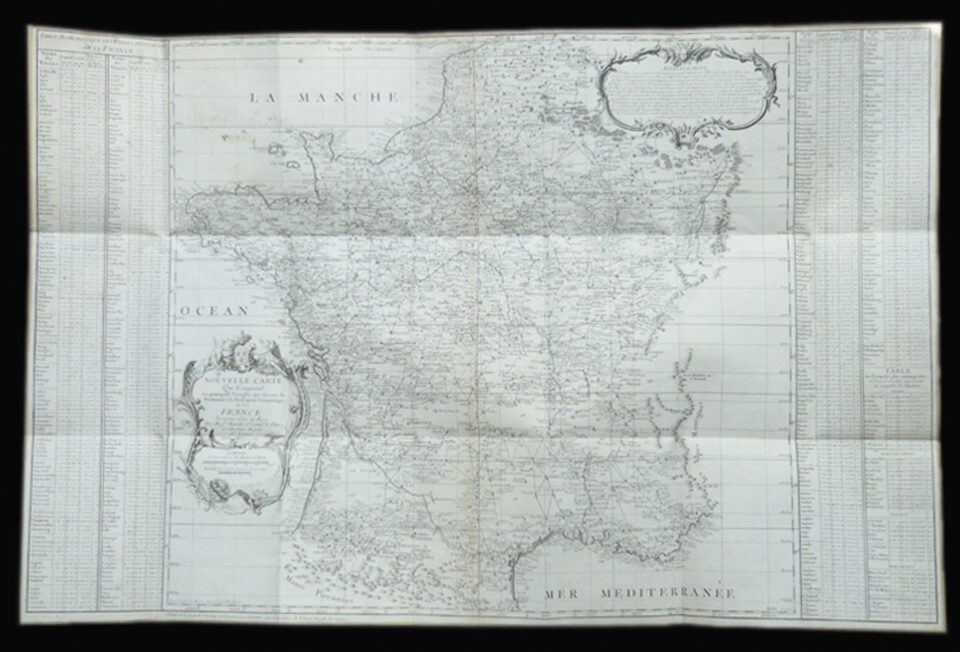 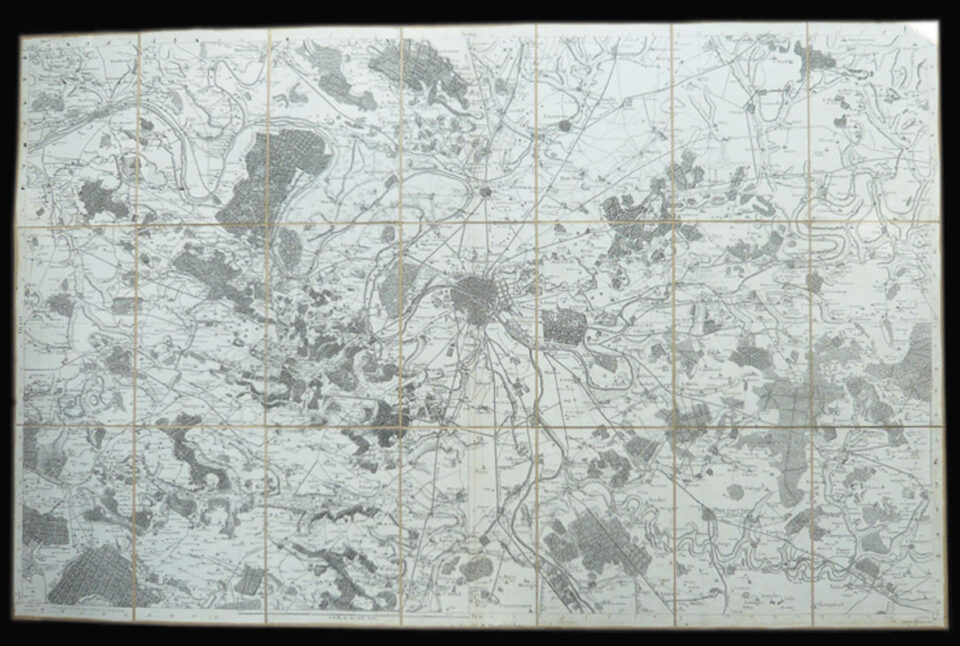