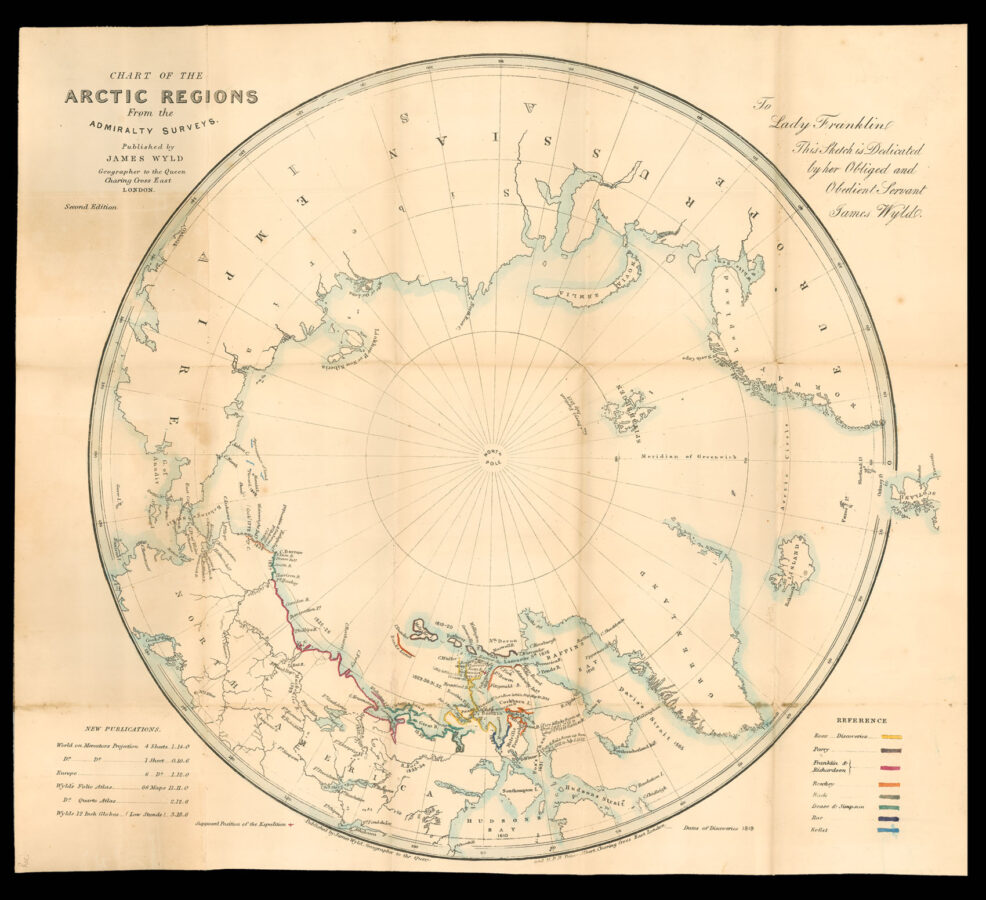 Wyld’s map of the Arctic

Chart of the Arctic Regions from the Admiralty Surveys.

An attractive folding circular projection of the Arctic. This edition highlights the discoveries of a host of British explorers: John Ross, William Parry, John Franklin and John Richardson, Frederick Beechey, George Back, Peter Dease and Thomas Simpson, John Rae and Henry Kellett. There is a colour coded key in the lower right corner, showing the area covered by each.

The map is dedicated to Lady Jane Franklin, whose husband Sir John had disappeared whilst exploring the Arctic in 1845. It is now assumed that he died in early 1847, but at the time many people believed he was still alive and Lady Franklin’s campaign to send search parties to find him and his crew received widespread coverage nationally and internationally. Many of the men whose expeditions are shown on the map were members of the Arctic Council convened to advise on the formation of an expedition to investigate his disappearance. The Admiralty sent two missions by sea and one by land to find Franklin, and Lady Franklin personally sponsored and supported four more, but it was not until 1857 that Francis McClintock would eventually discover the remains of Franklin’s expedition, and proof of his death.

Copies are held in the British Library, the National Library of Scotland and the Bodleian Library, Oxford.