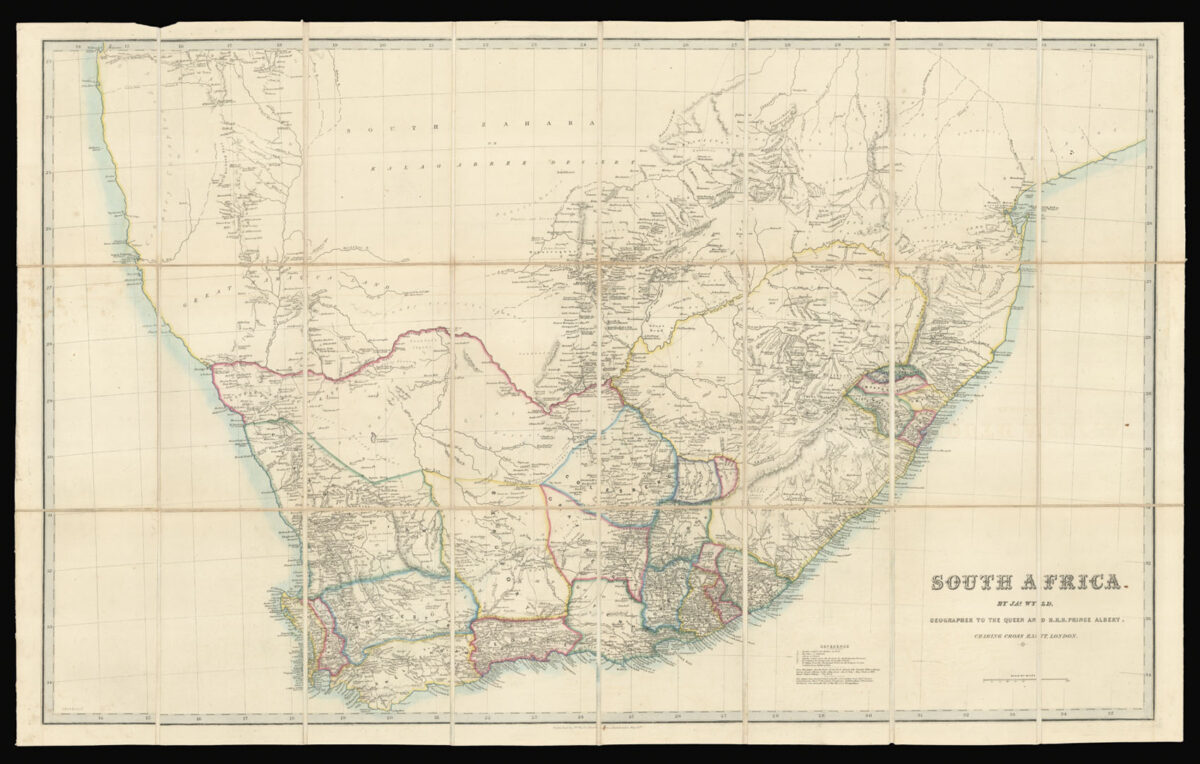 South Africa by JA.s Wyld, Geographer to the Queen and H.R.H. Prince Albert.

This map was published in 1840 by James Wyld jr. (1812–1887), the leading English map maker in the first half of the 19th century. Many of his foreign maps included the expanding colonies abroad. Therefore, it was the firm’s reputation for responding quickly to the latest geographical discoveries.

Wyld’s map of South Africa can be seen in a similar context. The colour and capital letter system, used and explained in the references, functions as a way of depicting the current state of colonisation and sovereignty over the different territories which form south Africa around 1840. Therefore the map gives an contemporary insight in routes of migration and occupation. Giving three examples, Wyld’s describes the process in the references as ​“Country taken from the Zoolahs by the Emigrant Farmers”, “[…] taken from the Aboriginal Tribes by the Griquas” and ​“occupied by Emigrants from the Cape Colonies”. As source of the later information, Wyld refers to Major Sebryn, Lieutenant Sherron, Messrs. Alexander Backhouse, Centlivre Chase, Christopher Moffat, and the MS. of the Missions Evangelique.

Despite of this colonial aspects, Wyld’s map gives hints on unexplored parts as the north western coast of South Africa, classified by Wyld as ​“country unexplored”. Desert parts, which were considered inhabitable, are referred to as ​“Sandy Sterrile Country”, ​“Desolate Plain” and ​“Sandy Desert”.