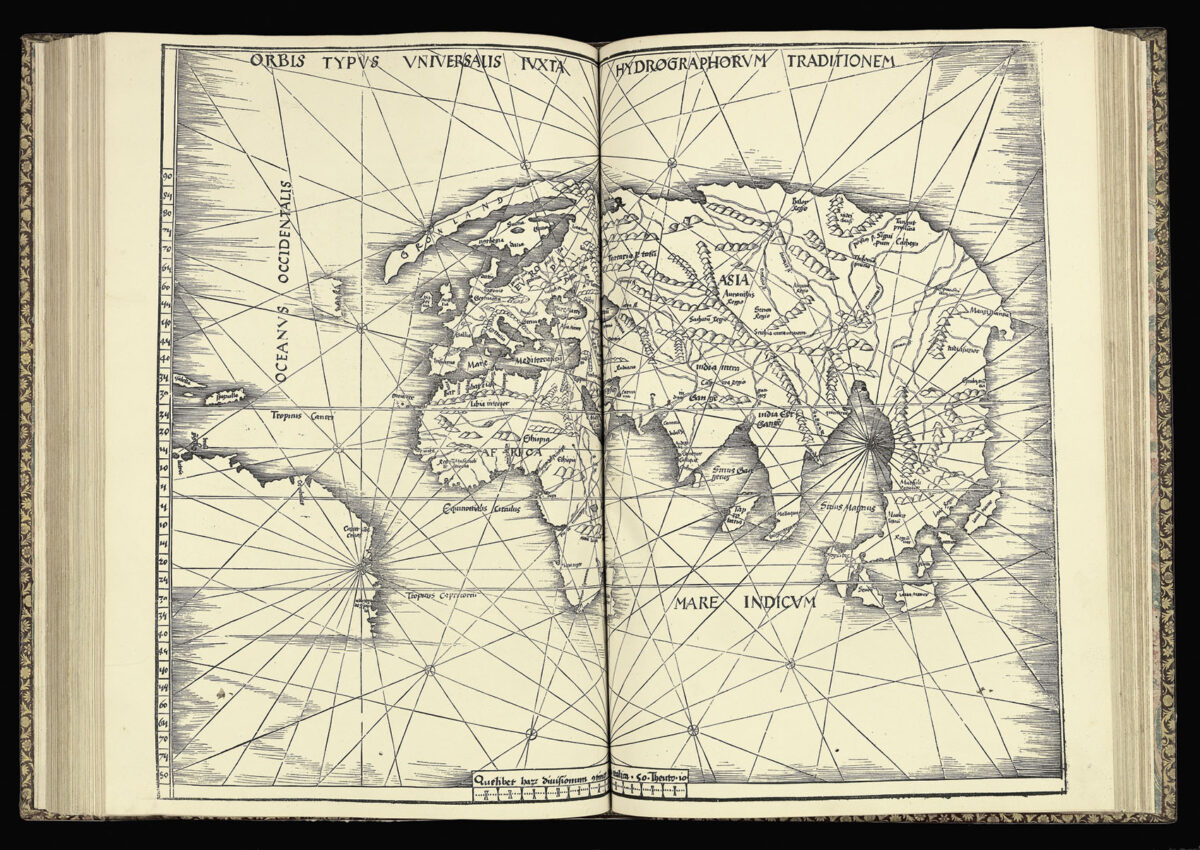 This world map was created by Waldseemüller for inclusion in the Strassburg edition, signalling the beginning of the section of 20 modern maps which were added to the 27 Ptolemaic originals. This world map gives a more accurate outline of eastern Asia than Ptolemy. It contains Greenland, which is attached to Europe, but only a tiny section of North America, meant to represent either Newfoundland or Labrador. The coastline of South America is left unfinished, and only five place names are given.