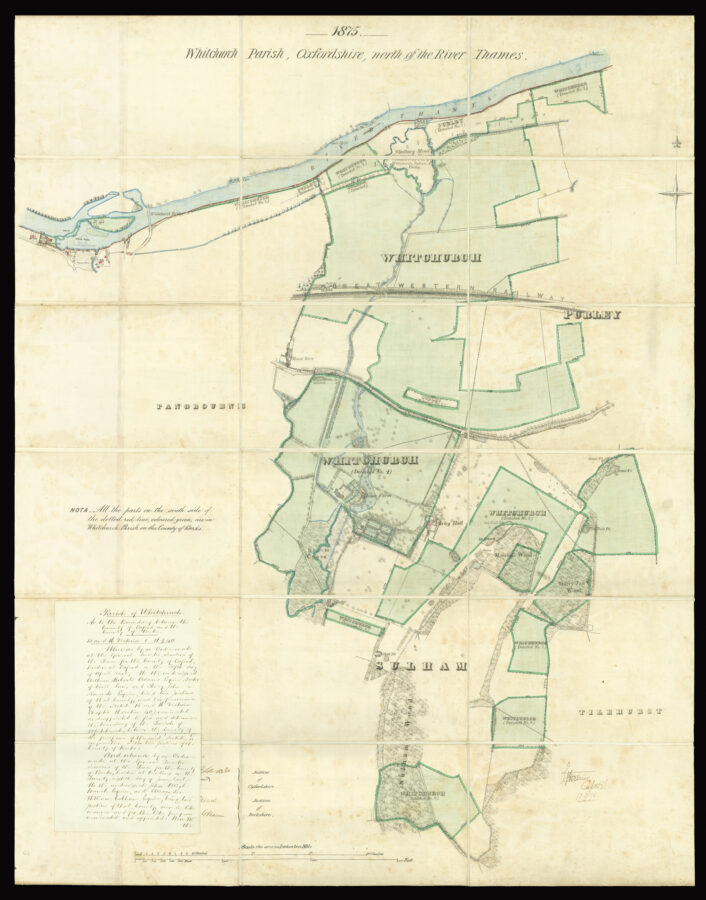 The present manuscript fixed the boundary between Oxfordshire and Berkshire and was formalised by a committee of four nominated Justices, two from Oxfordshire and two from Berkshire. They met at The Swan, Whitchurch, on 21st July to take evidence, examine witness, maps, plans, surveys and other relevant documents evidence. The boundary was fixed on the south side by the South bank of the River Thames, with the exception of the Public House, The Swan Inn, which was deemed to be in Oxfordshire. Two copies of the map were made, one to be kept with the records in Oxfordshire and one with the records in Berkshire. This would appear to be the Berkshire copy.