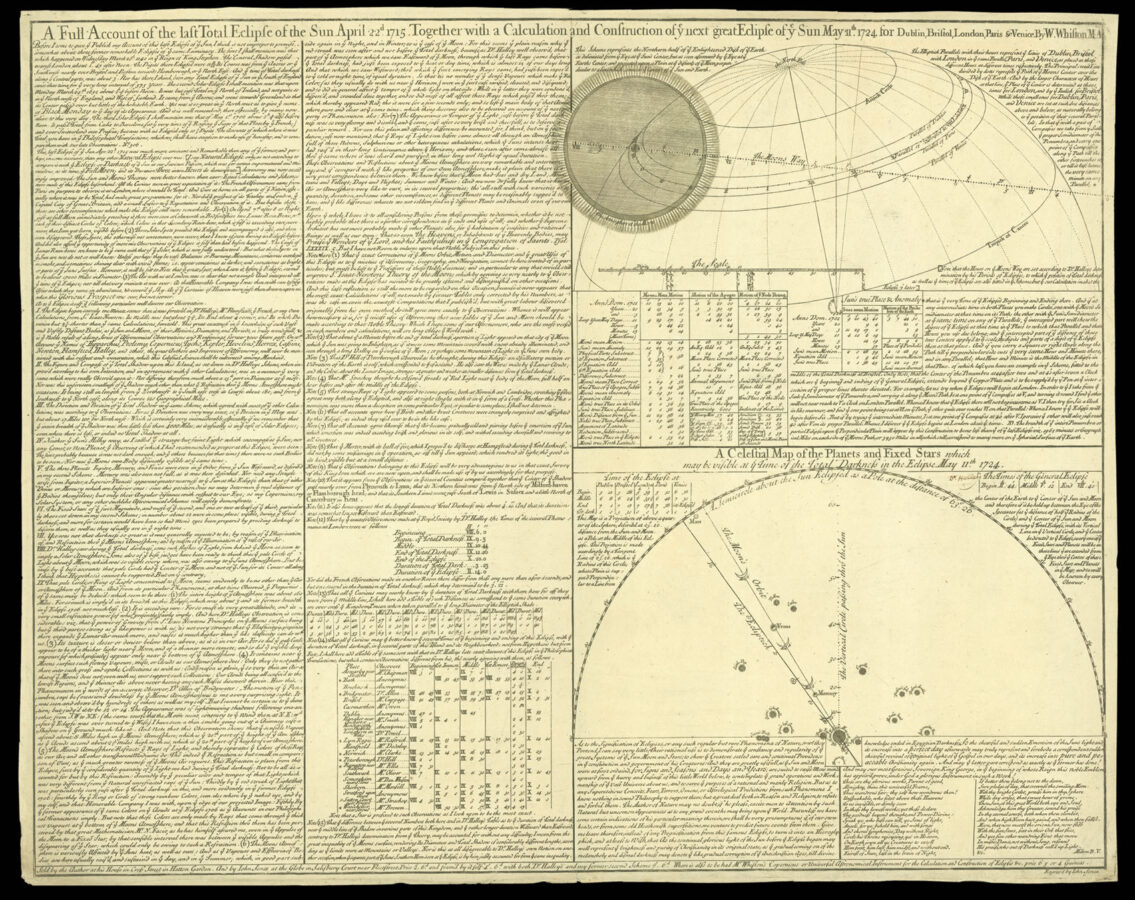 A Full Account of the last Total Eclipse of the Sun April 22.d 1715. Together with a Calculation and Construction of y.e next great Eclipse of y.e Sun May 11.th 1724 for Dublin, Bristol, London, Paris & Venice. By W. Whiston M.A. Engraved by John Senex.

Whiston’s second eclipse ​“map” is a rather complicated geometrical depiction of the actual passage of the eclipse. As with Halley, Whiston produced both a predictive version of this sheet and then a second version to show the actual events. The dense text and complicated diagrams make this rather inaccessible, especially when compared to the simplicity of Halley’s map. This may well account for its rarity, and for the fact that Whiston reverted to geographical types for his later attempts at eclipse mapping.

Half the sheet is given to a lengthy textual analysis of the eclipse; the upper diagram depicts the passage of the eclipse over the ​“skin” of the globe, and the lower is a predictive diagram showing the position of the planets and fixed stars as they would be visible during the period of total darkness in the 1724 eclipse.