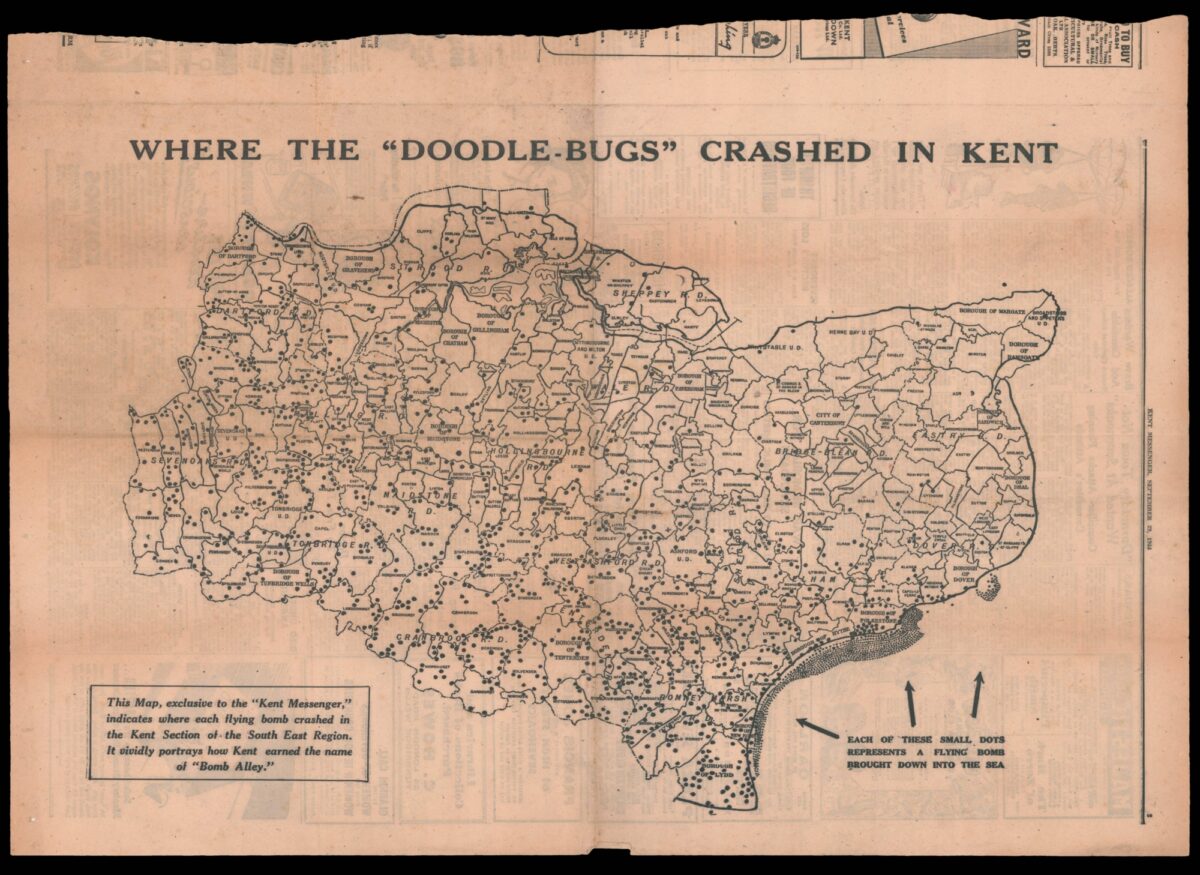 “Where the Doodle Bugs Crashed”

Where the Doodle Bugs Crashed in Kent. Summer 1944. This Map, exclusive to the ​“Kent Messenger”, indicates where each flying bomb crashed in the Kent Section of the South East Region. It vividly portrays how Kent earned the name of ​‘Bomb Alley’.

An unusual and detailed map of Kent depicting the crash sites of the German V‑1 flying bomb, nicknamed ​“doodlebugs” because of their erratic flight paths and distinctive buzzing sounds. As the inscription notes, Kent became known as ​“Bomb Alley” during the Blitz, because it was the direct route for enemy bombers and targeted missiles on their way to London. The first V‑1 was launched at London on 13 June 1944, one week after the successful Allied landing in Europe, and landed in Bromley. At its peak, more than one hundred V‑1 bombs a day were fired at southeast England — 9,521 in total — decreasing in number as sites were overrun until October 1944, when the last V‑1 site in range of Britain was overrun by Allied forces.

Although London was the target of this onslaught, as Hitler’s aim was to decrease morale in the capital, it was hard to fire V‑1s accurately, and the ones that fell short often landed in Kent. As the article on the map points out, 200 more bombs actually fell on Kent than the Greater London area. The article goes on to emphasise the role played by Kent anti-missile guns in stopping many V‑1s before they made it to London (they could only be shot down over open country) and the debt owed to them by Londoners.

A copy is held in the British Library.