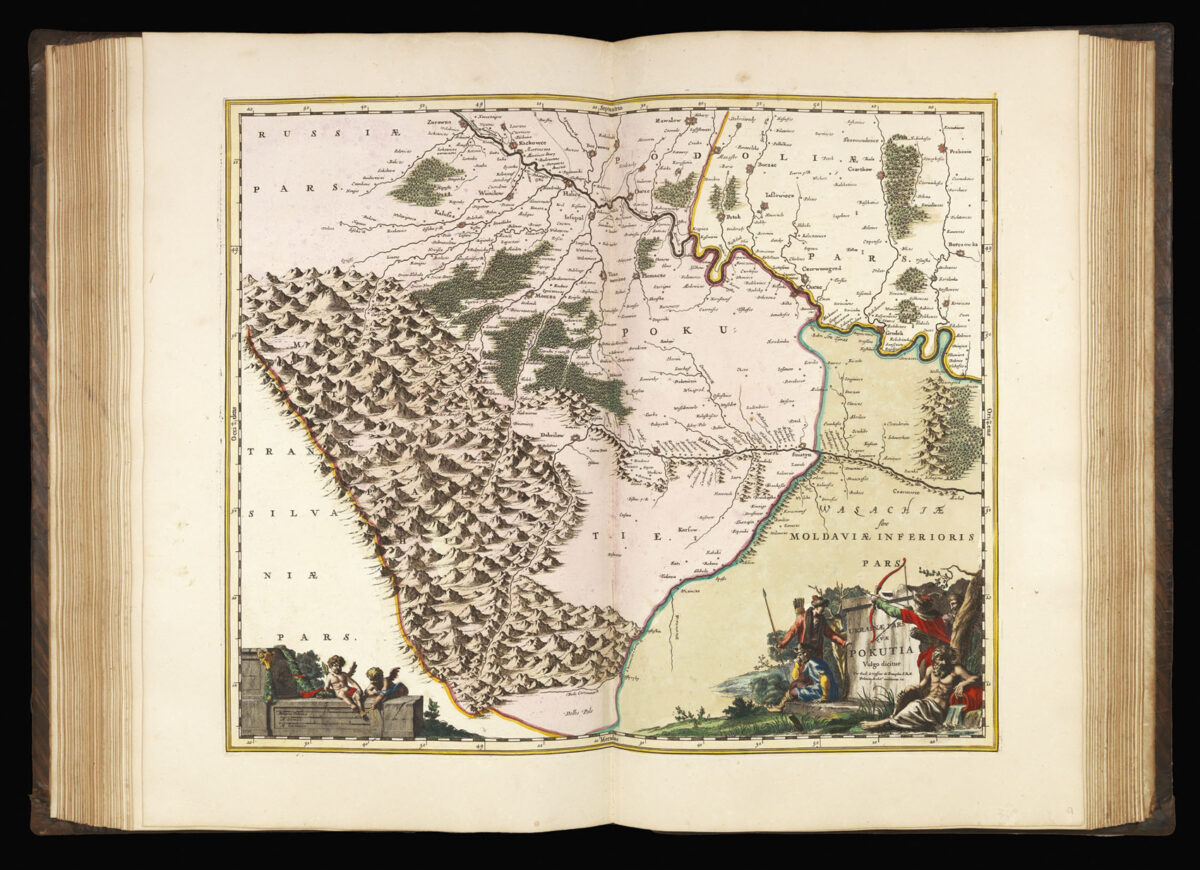 One of the four maps of the Ukraine by the French army general and cartographer Le Vasseur de Beauplan. From 1630 to 1648 he was a captain in the artillery of the Polish army and was ordered to Ukraine.

The map first appeared in the ​‘Atlas Major’, which, in its various editions, was the largest atlas ever published. It was justly famed for its production values, its high typographic standard, and the quality of its engraving, ornamentation, binding and colouring. The atlas frequently served as the official gift of the Dutch Republic to princes and other authorities. It is one of the most lavish and highly prized of all seventeenth-century illustrated books.