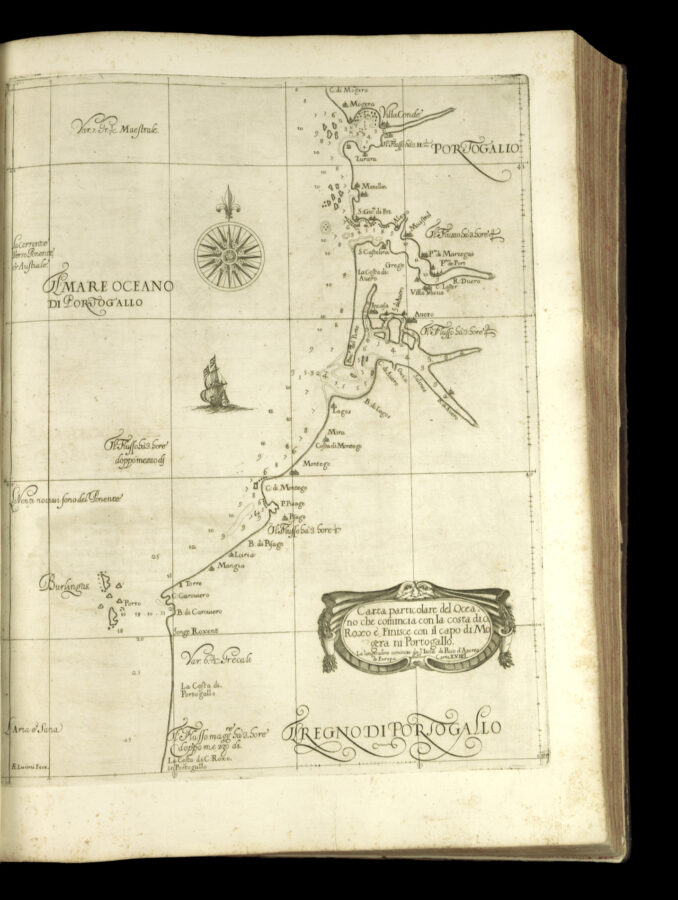 The map shows the western Portuguese coast down to the island of Burlingas (Berlengas).