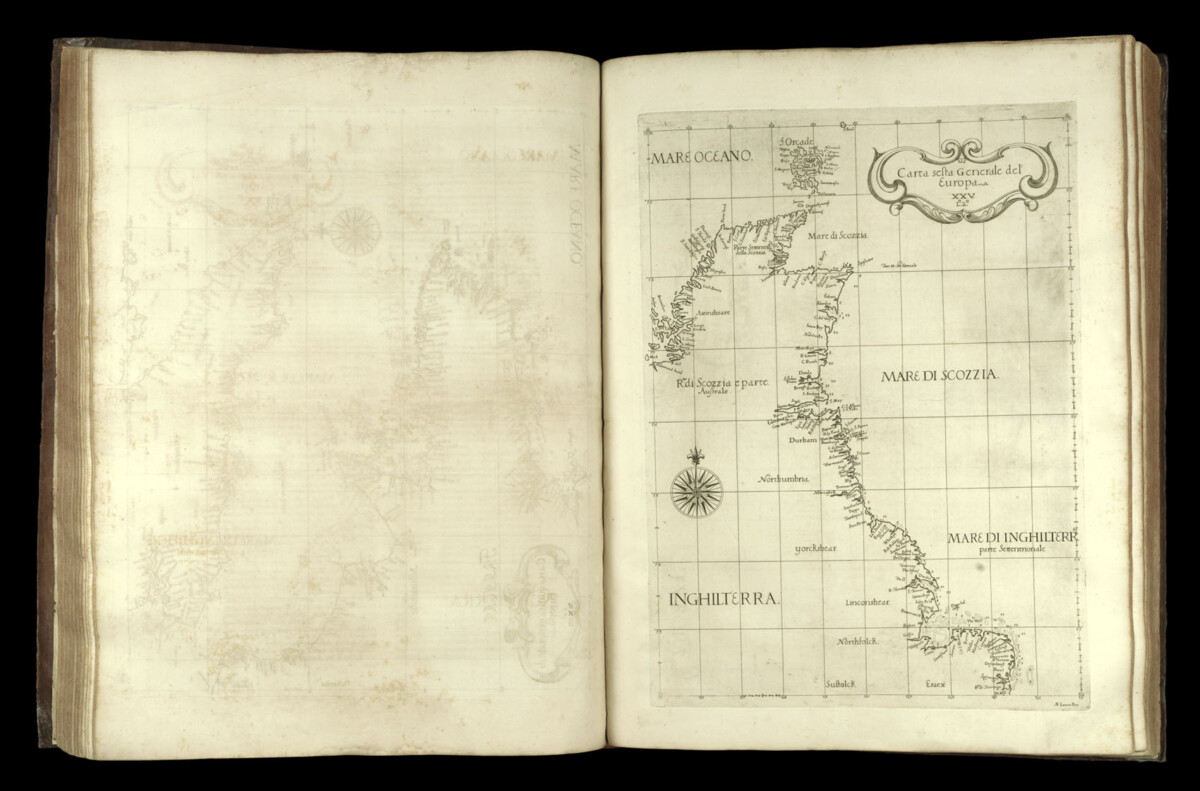 The western coast of Britain from Essex up to the Orkneys above Scotland.