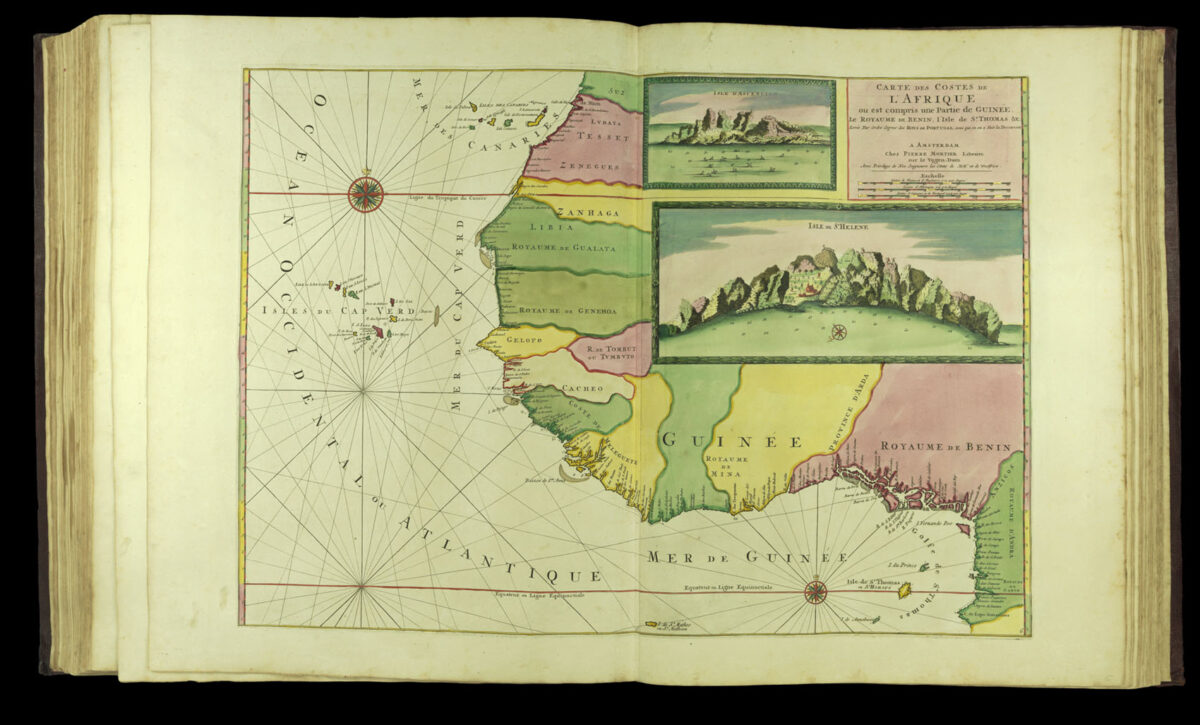 A map of the western coast of Africa from Morocco to Gabon. The Cape Verde and Canary Islands are visible in the Atlantic Ocean. The insets show Saint Helena and Ascension Island.