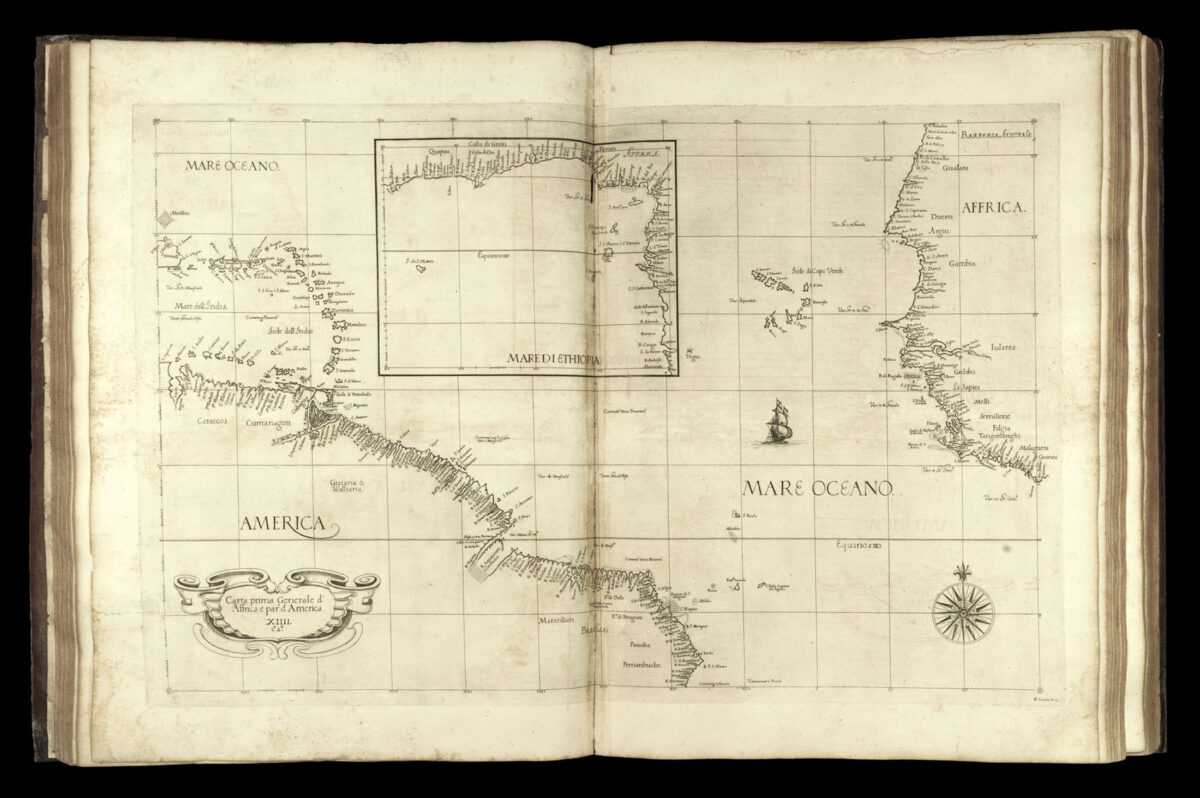 The map shows the western coast of Africa from the Gambia to Sierra Leone and the northeastern coast of South America from Venezuela to Brazil. The inset shows the Aethiopian Sea, the name given to the southern Atlantic in classical geography, which now roughly corresponds to the Gulf of Guinea from Togo to Nigeria.