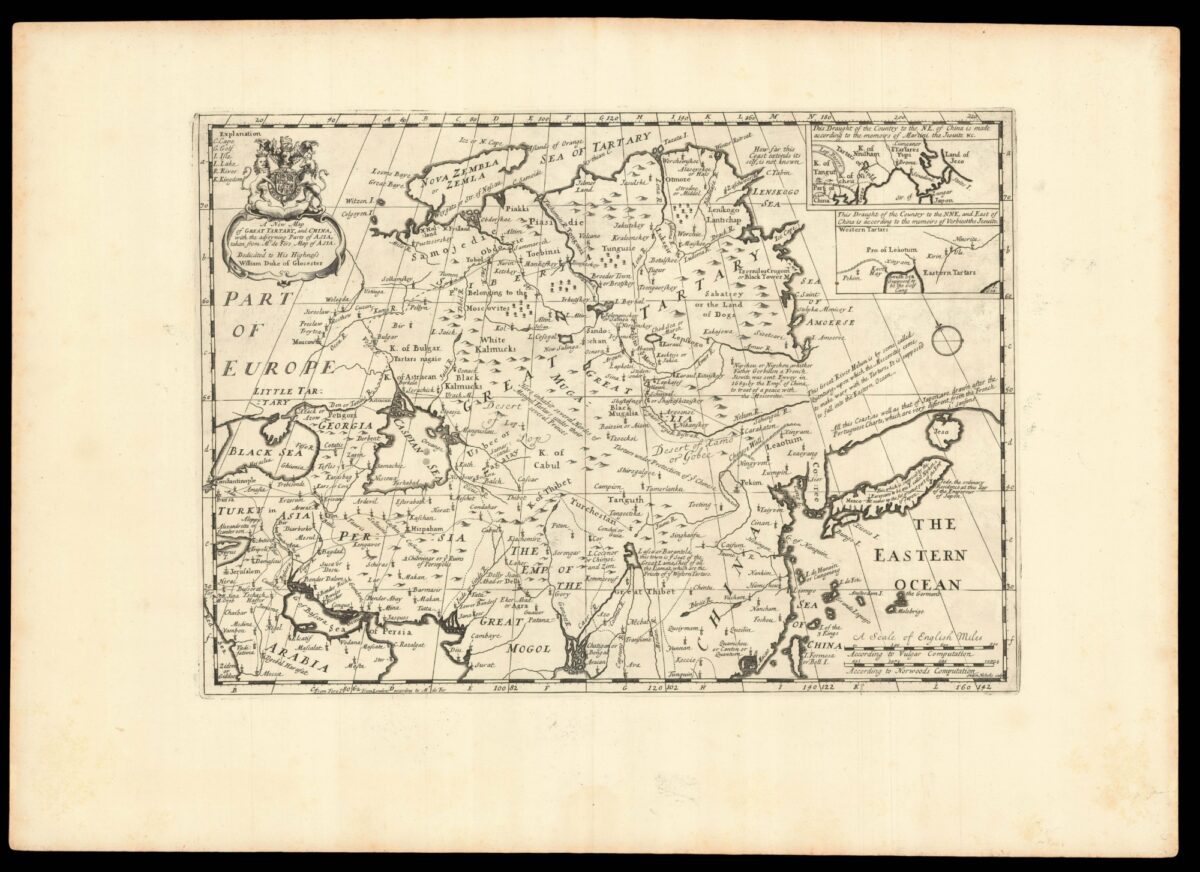 A New Map of Great Tartary, and China with the adjoyning Parts of Asia, taken from Mr. de Fer’s, Map of Asia. Dedicated to His Highness William Duke of Gloucester.

Published in Wells’s ​‘A New Sett of Maps of Antient and Present Geography’, over time by subscription. All the maps in the series were dedicated to the young and sickly Duke of Gloucester, son of Queen Anne, who died at the end of July in 1700, just after Williamsburg in Virginia had been named for him. The plates were prepared by some of the most accomplished engravers in Oxford including Michael Burghers, who worked for Moses Pitt on his atlas; R. Spofforth, Sutton Nicholls, Edward Smith, Benjamin Cole, and John Moxon.

Based on the upper right-hand portion of Nicolas de Fer’s ​‘L’Asie Dresse selon les dernieres Relations et Suivant les Nouvelles Decouvertes’, first published in 1700, but reissued for nearly two decades afterwards. The map extends from the Black Sea and Persia in the west to Japan and Taiwan in the east; north to Nova Zembla, and south to Canton. Lasa, or ​“Barantola, … ye seat of the Great Lama…” is shown. Two insets appear upper right: ​“This draught of the Country to the N.E. of China is made according to the memoirs of Martini the Jesuit &c”; and ​“This country to the NNE, and East of China is according to the memoirs of Verbiest the Jesuit”

Wells had a ​“turbulent career in the ministry, being involved in many controversies of the time” (Burden). A prolific writer, he translated several religious and secular works from Latin and Greek into English. He also wrote several scientific works on astronomy, chronology, arithmetic and geometry. In addition to a number of religious polemics, Wells published a series of descriptive geographies, ​“largely cribbed from other sources, but widely recommended at schools and universities in the period. His Treatise of Antient and Present Geography (1701; and four further editions) was a popular gazetteer intended for students reading classics, while his Historical Geography of the New Testament (1708) and the companion Historical Geography of the Old Testament (1711–12) plagiarized travellers to the Near East and biblical scholars to give a description of the Holy Land, but also attacked Roman Catholicism and Presbyterianism in passing” (Mayhew for DNB). 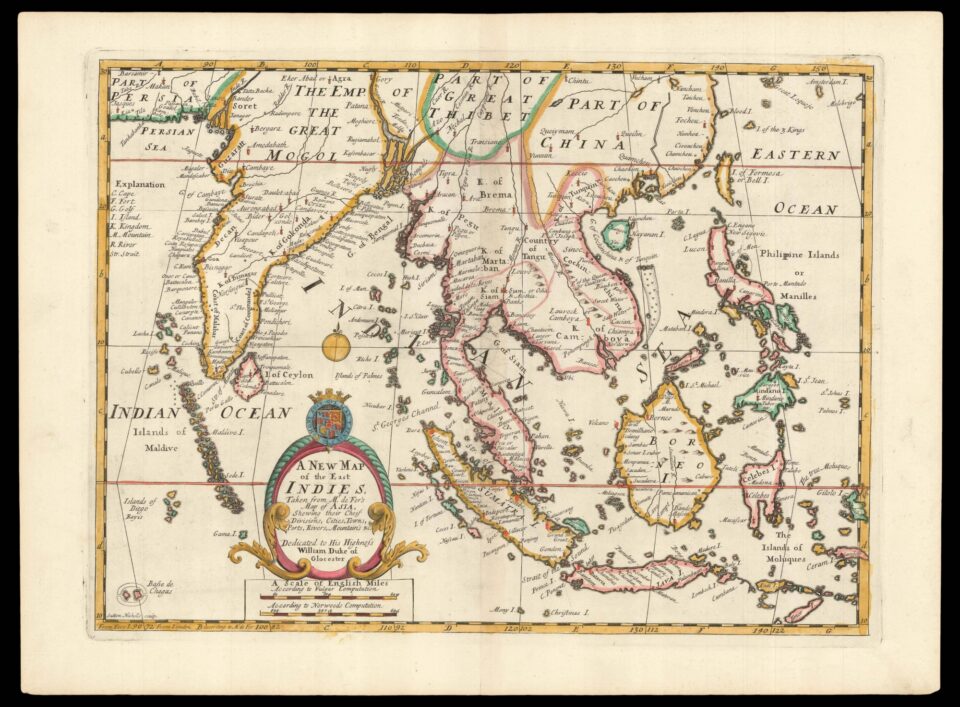 Dedicated to the young and sickly Duke of Gloucester