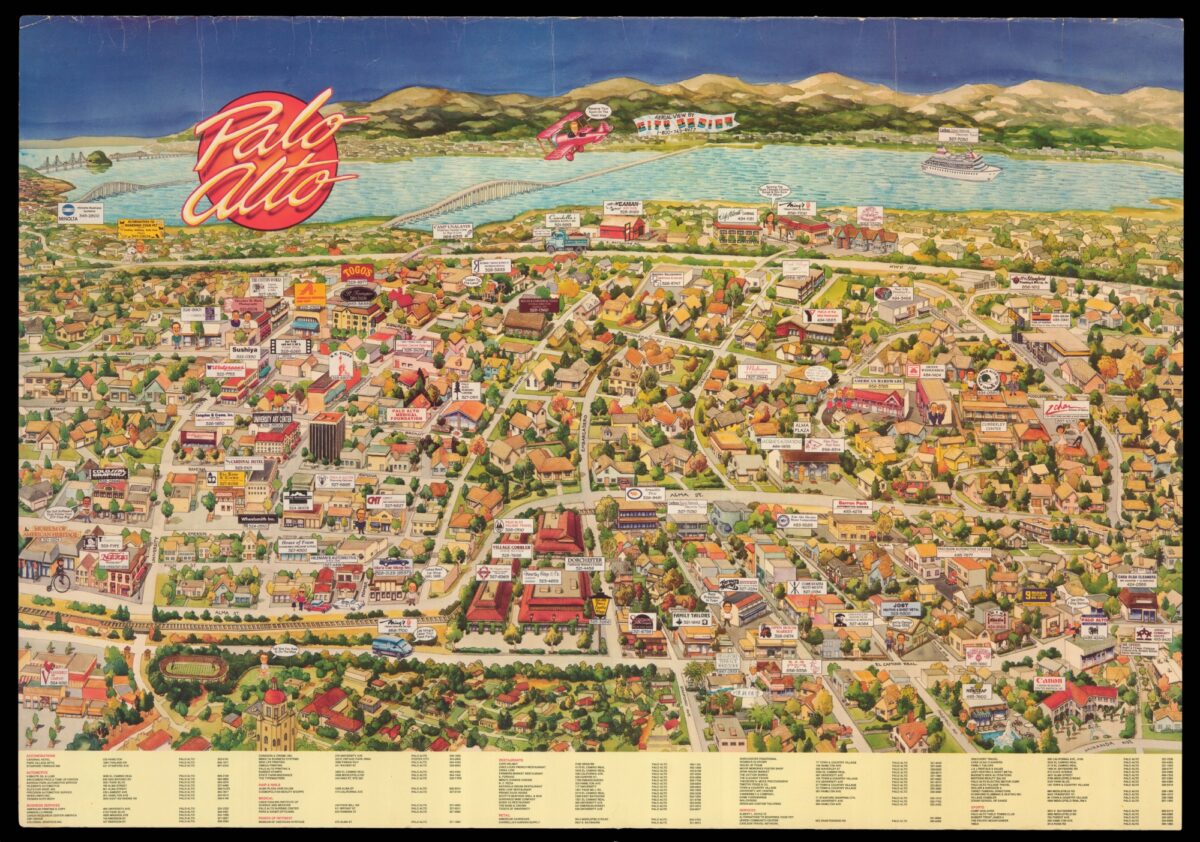 This map depicts an aerial view of Palo Alto with bold graphics and decorative detail. The view highlights the city with stylised depictions of local businesses, landmarks, and streets. Throughout the map there are small caricature depictions of figures and accompanying slogans, as well as business logos and advertisements. The bottom of the map includes a key of the local businesses with addresses and phone numbers. Part of the Stanford University campus is shown in the lower left hand corner of the map.

City Design, a professional graphic art company, was active in the 1980s and 1990s providing maps of various cities and areas across California with its characteristically playful designs. The firm also produced jigsaw puzzles of its maps which it advertised as ​‘a visual time capsule.’ The same firm created another version of the Palo Alto map in 1989.

We have been unable to trace another version of this map. The New York Public Library holds four maps by the firm, while the Library of Congress holds one.