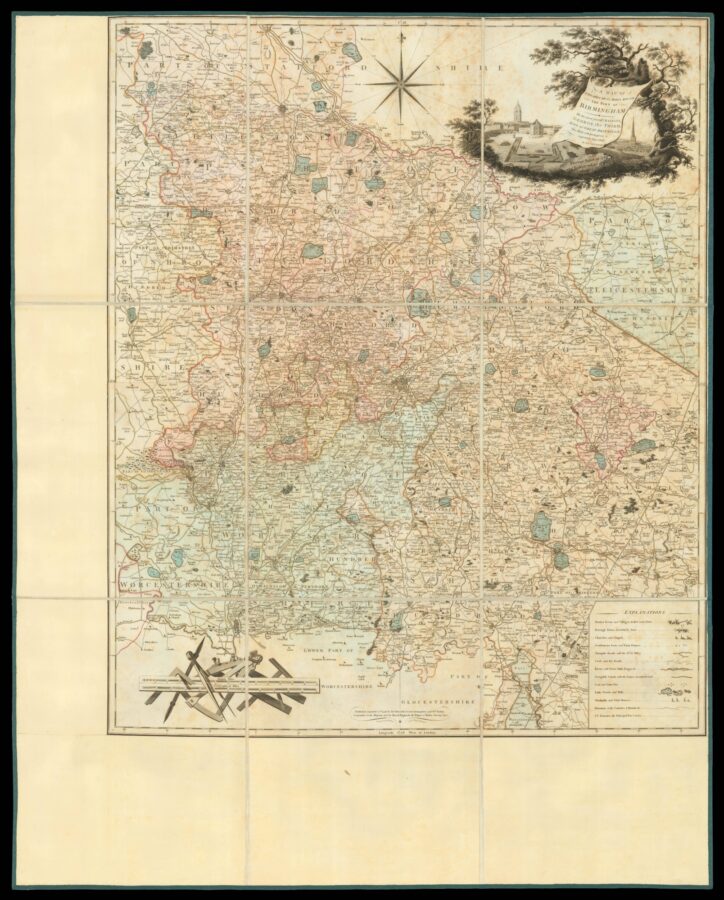 [Warwick] A Map of Upwards of 25 Miles round the town of Birmingham To his most sacred Majesty, George the Third, King of Great Britain &c &c. This Map with permission is respectfully Inscribed by James Sherriff. Survey begun in 1788 and completed in 1796.

The surveyor was carried out by James Sherriff, who states in the title that the work took him eight years to complete (1788–1796), with the work being published in 1798. Sherriff had premises in New Street, Birmingham; he would later go on to produce surveys of the environs of Liverpool in 1800 and 1823. In 1812, he is mentioned in Wrightson’s trade directory as a ​‘surveyor and British winemaker’.

To the upper right of the map is a decorative title cartouche depicting a view of Birmingham. A panel at the bottom right hand corner gives the usual ​“Explanation” which includes towns and villages, churches and chapels, gentleman’s seats and farm houses, turnpike roads with numbers of miles, cross and bye roads, rivers and watermills and navigable canals, coal an lime pits, parks, woods and hils, wind mills and glass houses, divisions of the counties and hundreds plus the principal fox covers.

The work was engraved by Benjamin Baker a prolific producer of engraved maps from the late 18th century onwards. As a map engraver and publisher he resided first at 32 High Street, Islington from 1791 — 1793 and then in Lower Street, Islington from 1798–1800. In 1804 he became principal engraver to the Ordnance Survey and he and his firm were regarded as ​“the best topographical engravers in Europe.” 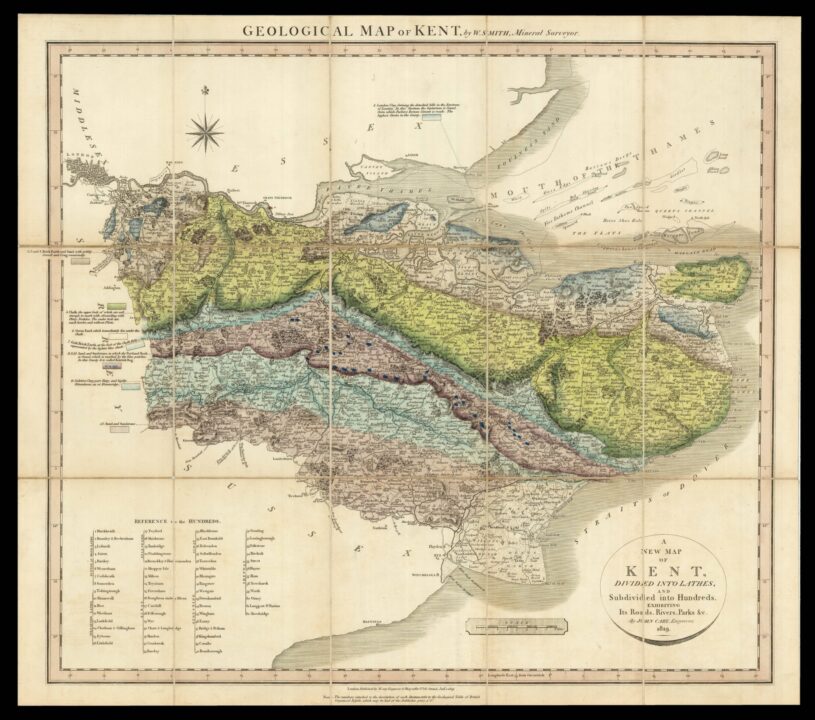