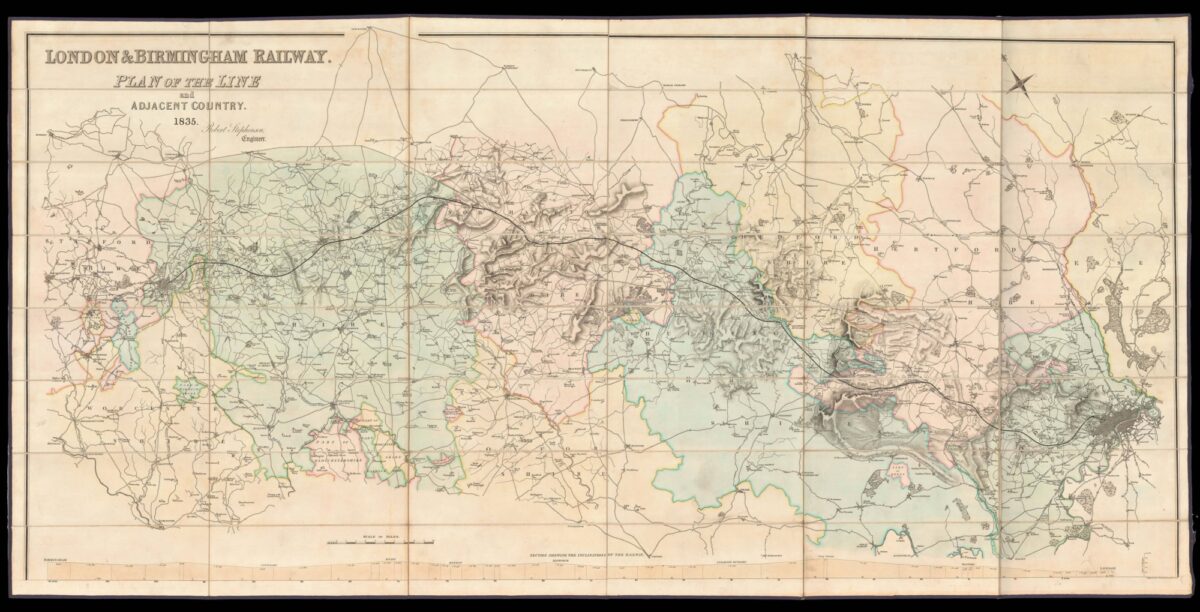 Rare early state of the Robert Stephenson’s map of the London to Birmingham railway.

This large and detailed map shows the agreed route of the London to Birmingham railway, the first intercity railway line to be built into London. Work on the line commenced in 1833 and would take five years to complete. The line was engineered by Robert Stephenson, son of the father of the railway George Stevenson, and one of the greatest civil engineers of the Victorian age.

The line started at Euston Station in London, went north-north-west to Rugby, where it turned west to Coventry and on to Birmingham. It terminated at Curzon Street Station, which it shared with the Grand Junction Railway (GJR), whose adjacent platforms gave an interchange with full connectivity (with through carriages) between Liverpool, Manchester and London. Below the map is a section showing the inclinations of the railway line.

The present example is early state before the inclusion of the C. F. Cheffin’s imprint and the addition of two inset plans to the upper right showing London Depots at Chalk Farm and Euston Grove, the the Birmingham Depot. These early states were probably produced for subscribers, and owners of land along the route of the railway.