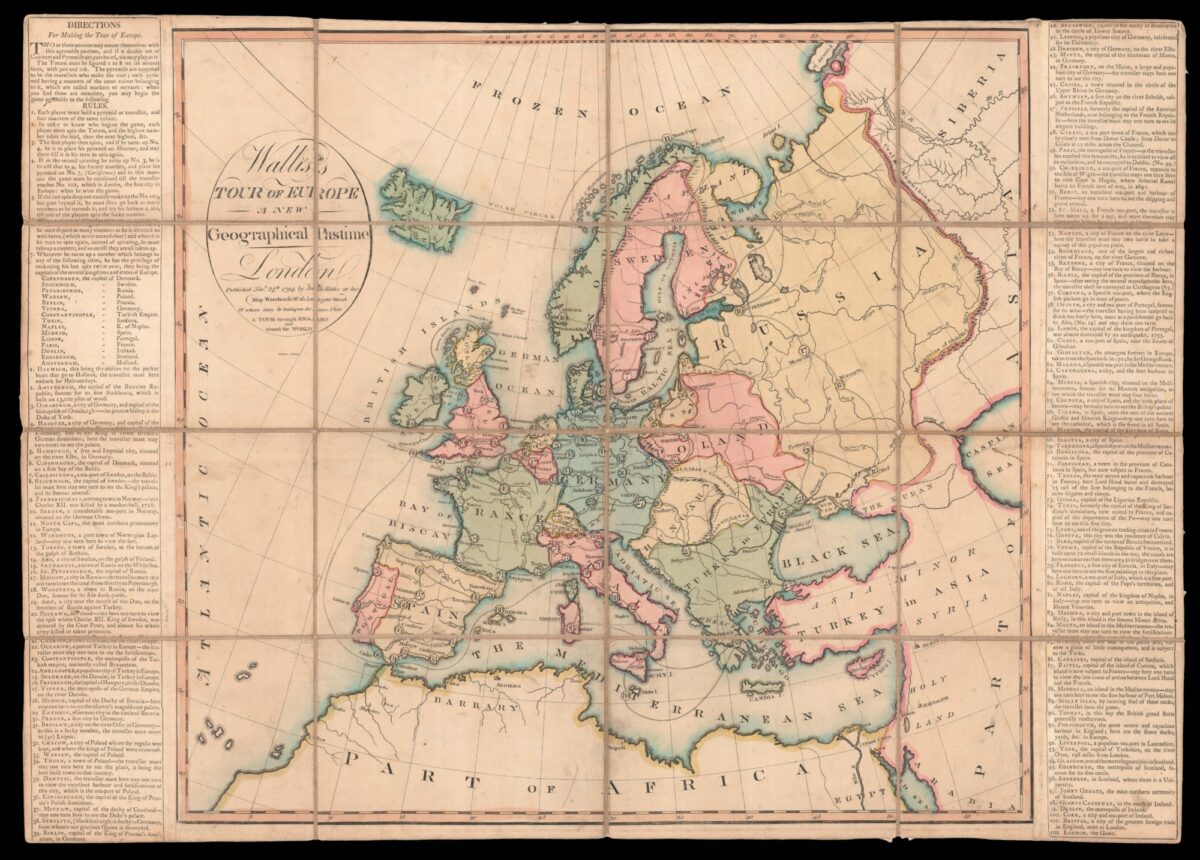 This geographical game map from 1794 recreates the contemporary tradition of the ​‘Grand Tour’, where wealthy young men were sent around Europe to acquire culture and experience of different countries.

It is suitable for two to three players but up to six can play ​“if a double set of counters and pyramids are purchased”. Each player takes a pyramid and four counters, which are meant to represent the tourist and their servants. They start at Harwich (No. 1), then spins a totem to see how many cities they can advance. Each subsequent roll is added to the total, so the last city (London) must be landed on with an exact roll to win the game. If for various reasons they miss a turn, they leave a counter (or servant) at the city, and have to retrieve them before they can advance.

The game rules and a numbered list of places are in the margins, with a fact about each city named.