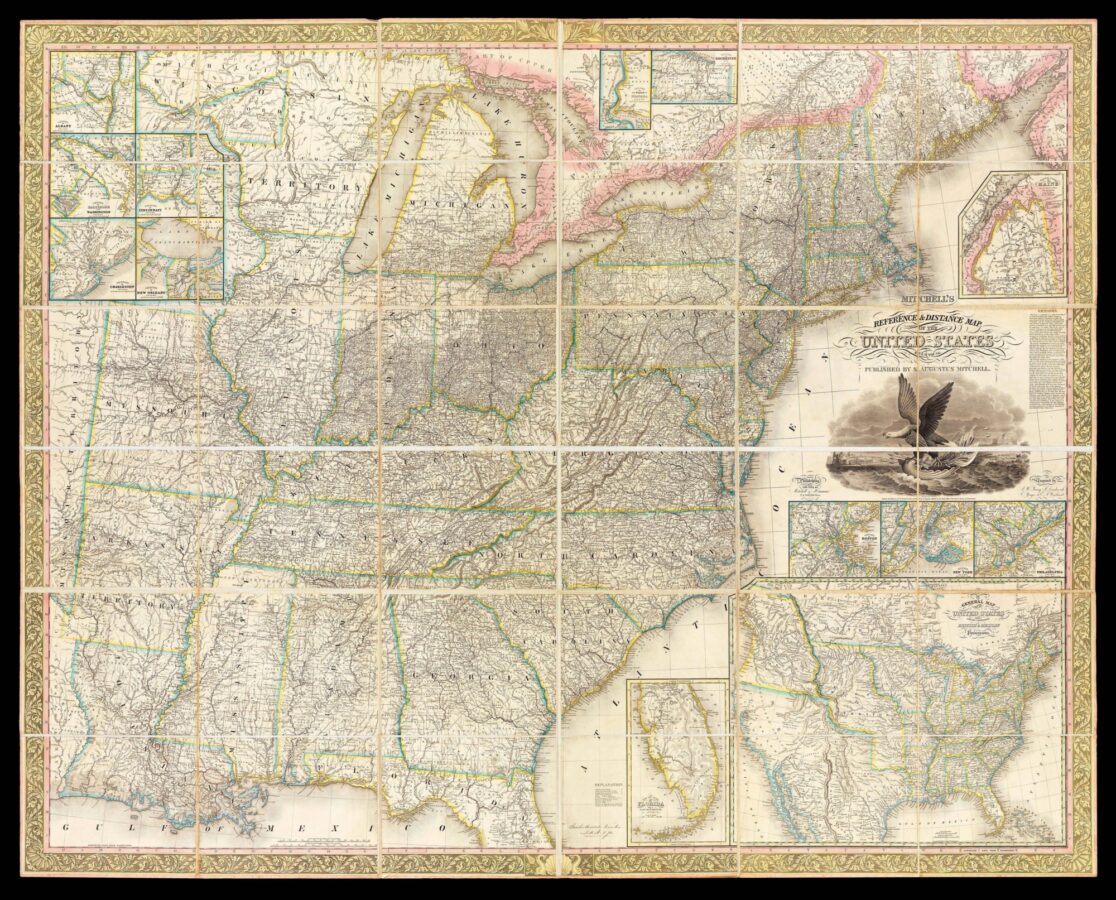 Mitchell’s ​“Reference & Distance Map” first appeared in 1834 and was published throughout the 1840s. This 1836 edition extends westward to the border of Missouri territory and identifies numerous Indian towns and trading posts. The map includes a large inset titled ​“A General Map of the United States” which shows considerable detail of Austin’s Colony and what would become the Republic of Texas.

With insets of northern Maine and southern Florida, and ten insets of the vicinities of cities: Albany, Baltimore and Washington, Cincinnati, Charleston, New Orleans, the Falls of Niagara, Rochester, Boston, New York, and Philadelphia. The title appears in a large vignette cartouche below an eagle.