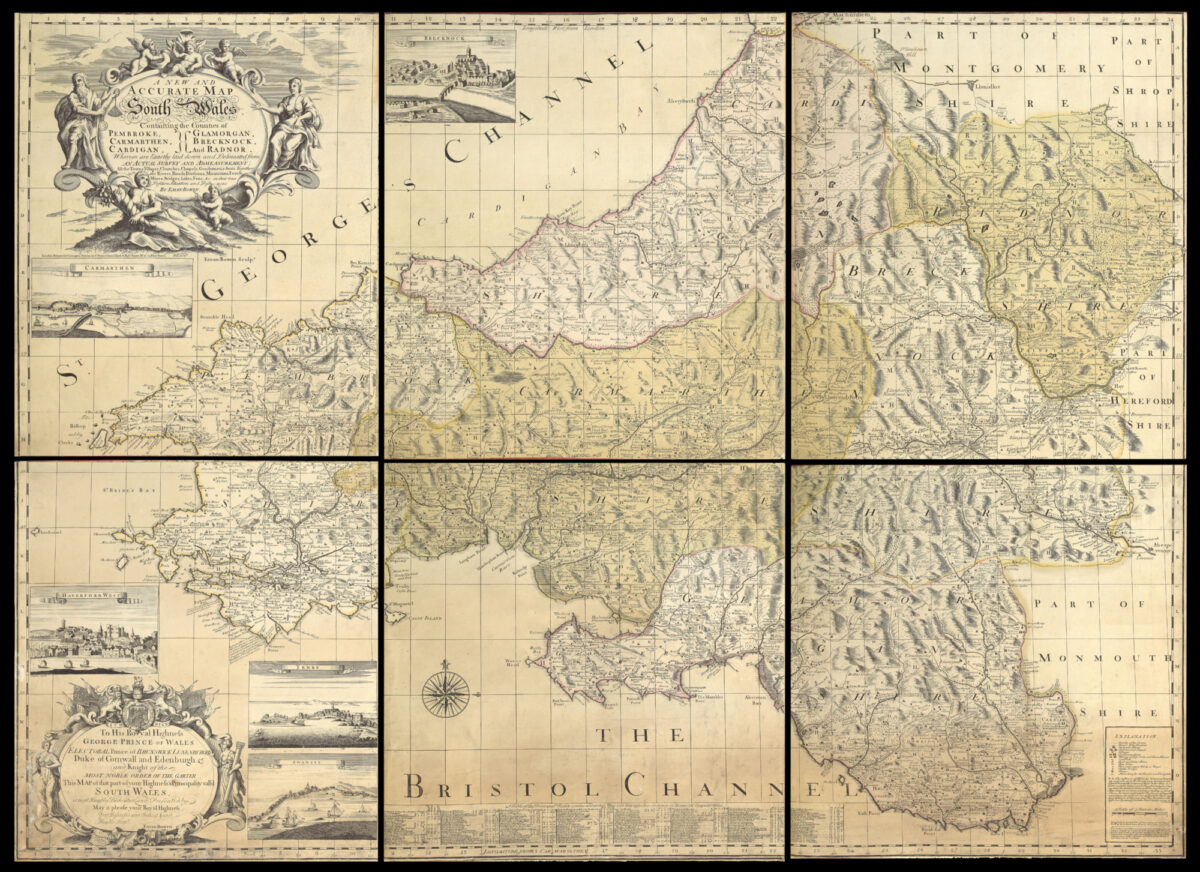 Wales — One of the rarest maps of Wales

A New and Accurate Map of South Wales Containing the the Counties of Pembroke, Carmarthen, Cardigan, Glamorgan, Brecknock, and Radnor… by Eman. Bowen.

Whilst almost every English county was the subject of a large-scale survey in the eighteenth century, this did not apply to Wales, many counties relying on this map of South Wales and Evans’ survey of North Wales to provide the detail missing from the maps to be found in the county atlases of the period. Emanuel Bowen was a prolific engraver and map publisher during the first half of the eighteenth century and was appointed engraver of maps to George II of England and Louis XV of France. He produced several county atlases, in some of which he was assisted by his son Thomas. Despite this commercial success ill-health and impecuniosity dogged both father and son, the later dying in Clerkenwell Workhouse.

Emanuel Bowen’s map of the six counties of South Wales detailed, informative and decorative — a splendid example of the mapmaker’s art. There are two large cartouches, one giving the title, the other dedicating the map to the Prince of Wales, whilst there are topographical views of Carmarthen, Brecon, Haverfordwest, Tenby and Swansea. A note on the ​“Explanation” refers to the ​“Table of Principal roads” on the bottom of the map which lists over 150 different routes in computed and measured miles. Although this is usually indicated on the map itself, the author tells us that in this instance he considers it provides greater clarity if the information is put on a single table.

The present example is the second edition of the map, which was first published in 1729. Both editions are extremely scare. Roger lists only five institutional examples, and we are able to trace another example appearing at auction in the last 40 years. 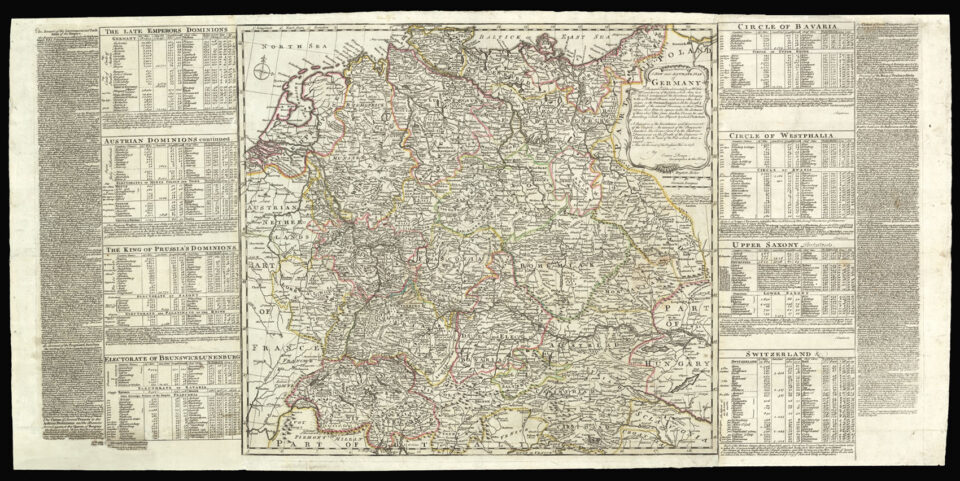 Emanuel Bowen 1758
A New and Accurate map of Germany Illustrated with Tables abstracted from Mr Templeman’s Survey of the Globe, which shew in a distinct arrangement the Territories belonging to the 9 Electoral Princes, and many other Sovereigns in the German Empire; with the Length & Breadth of the several Provinces in
their Dominians, their Area in square miles, the distances of their chief Cities from London, Vienna, &c. And describing which are Papists & which Protostants. A Narrative of the Constitution and Government of the Empire. An account of the Pragmatic Sanction, the claims form’d to the Austrian Dominions on the Death of the Emperor Charles the 6th and of the War which then ensued. Also an Account of the Prussian
War in 1756. By Eman. Bowen, Geographer to the King.