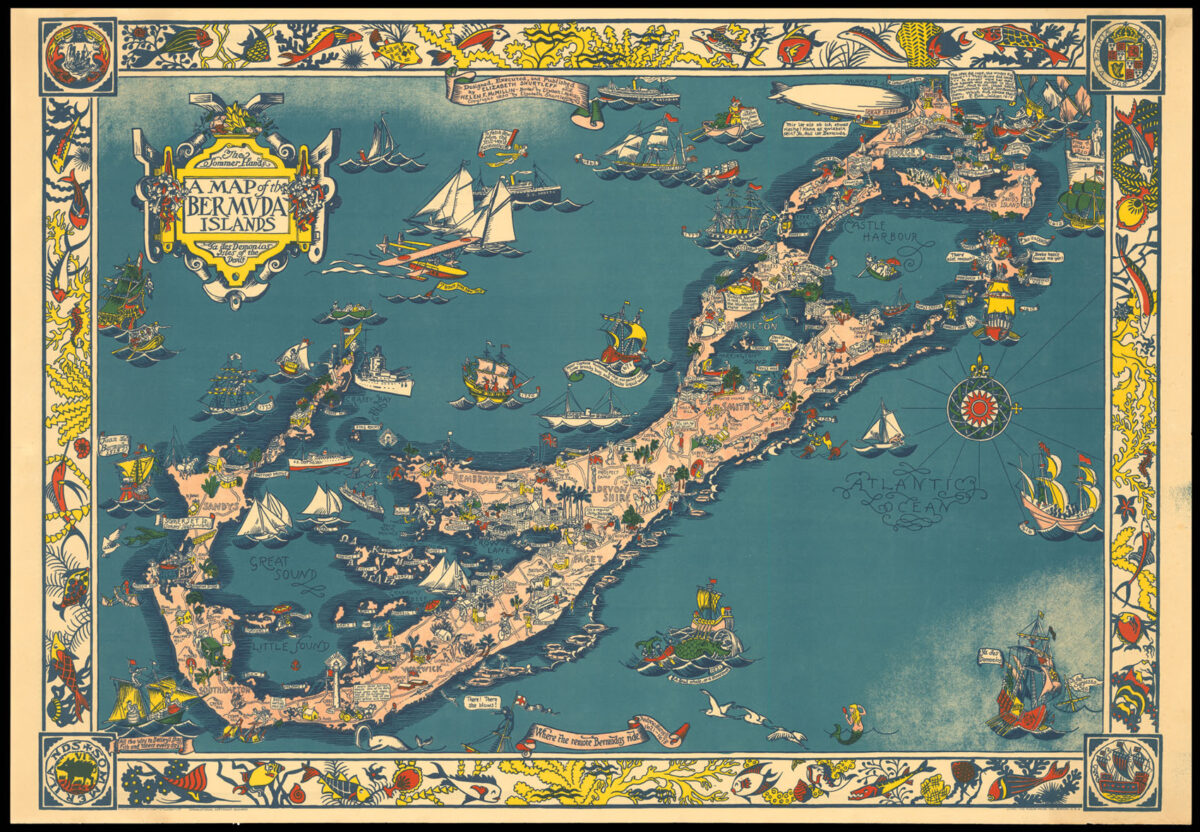 A Map of the Bermuda Islands The Sommer Islands. La des Demonios. Ilses of the Devils.

Bermuda is surrounded by a decorative border of sea life and coral reefs. The islands are filled with scenes of people at work and play. The major sites on the island are also marked out. To the sea are numerous ships of all sizes and ages — including the ​‘Sea Venture’, which was wrecked off the Bermudian coast with the survivors claiming the island for the English Crown. In the sky is depicted a Graf Zeppelin and a flying boat, with text below her hull stating that it is seven hours from New York.