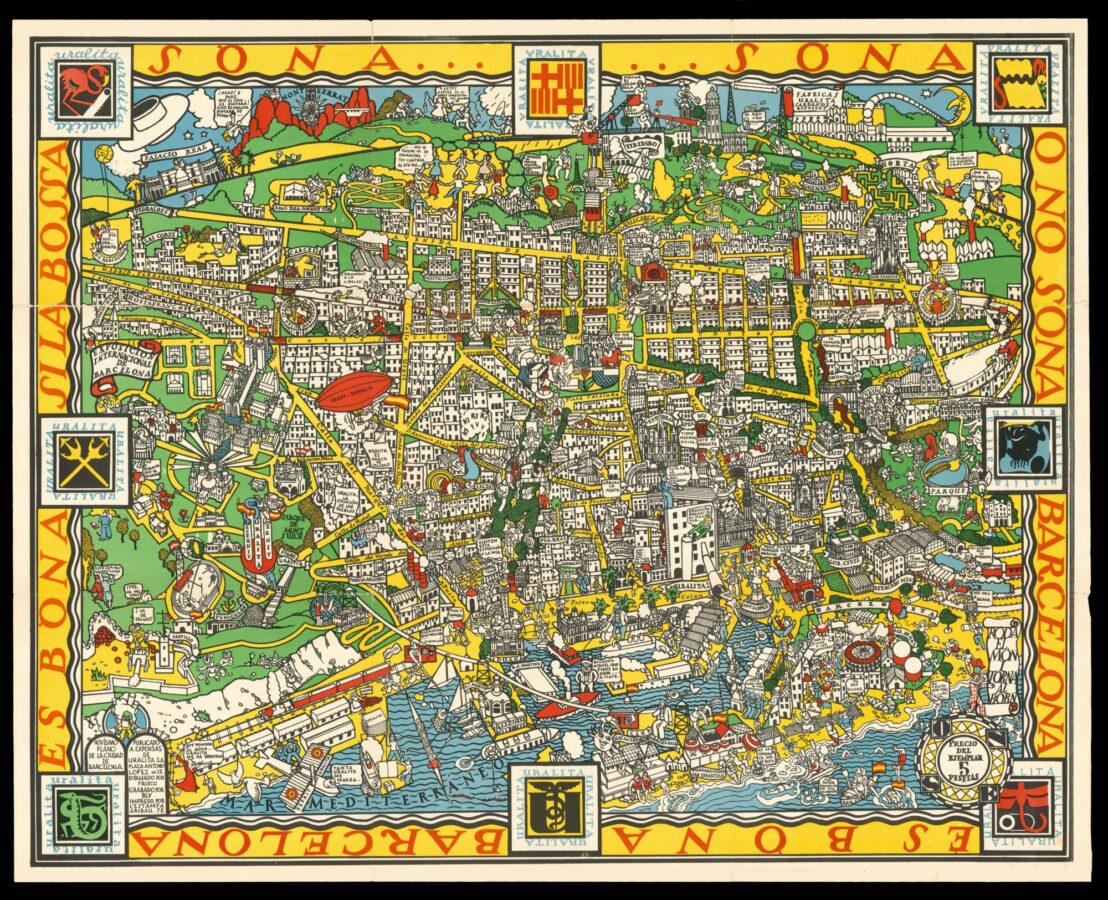 This poster commemorates the International Exposition of Barcelona in 1929. The fair featured exhibits from twenty European countries as well as American, Japanese, and Latin American representation. In the lead up to the exposition, the city embarked on a number of ambitious development projects, including the Palau Nacional de Catalunya, the Font màgica de Montjuïc, the Teatre Grec, Pbole Espanyol and the Estadi Olimpic.

With its bold colours and graphics, Barcelona is presented in a caricature-like fashion with characters throughout highlighting various iconic sites in the city. Surrounding the map is the famous slogan ​“Barcelona és bona si la bossa sona… sona o no sona Barcelona és bona”, translating to ​“Barcelona is good if your pockets are full”. The Montjuïc is prominently shown in the lower lefthand corner, and the partially built Sagrada Familia is visible in the top righthand quadrant of the map.

The map was sponsored by the construction company Uralita, and many of the characters throughout the map have speech bubbles with phrases that praise the virtues of the company – including one who exclaims ​“Hip… Hip… Hip… Ura… Uralita”.

The artist, Frisco Millioud (1902–1939), was a famous Swiss illustrator and publicist who moved to Barcelona, where he contributed to many magazines and publications of the period.

Rare. A copy of the poster is held at the Art Museum of Cerdanyola and the Biblioteca de Catalunya