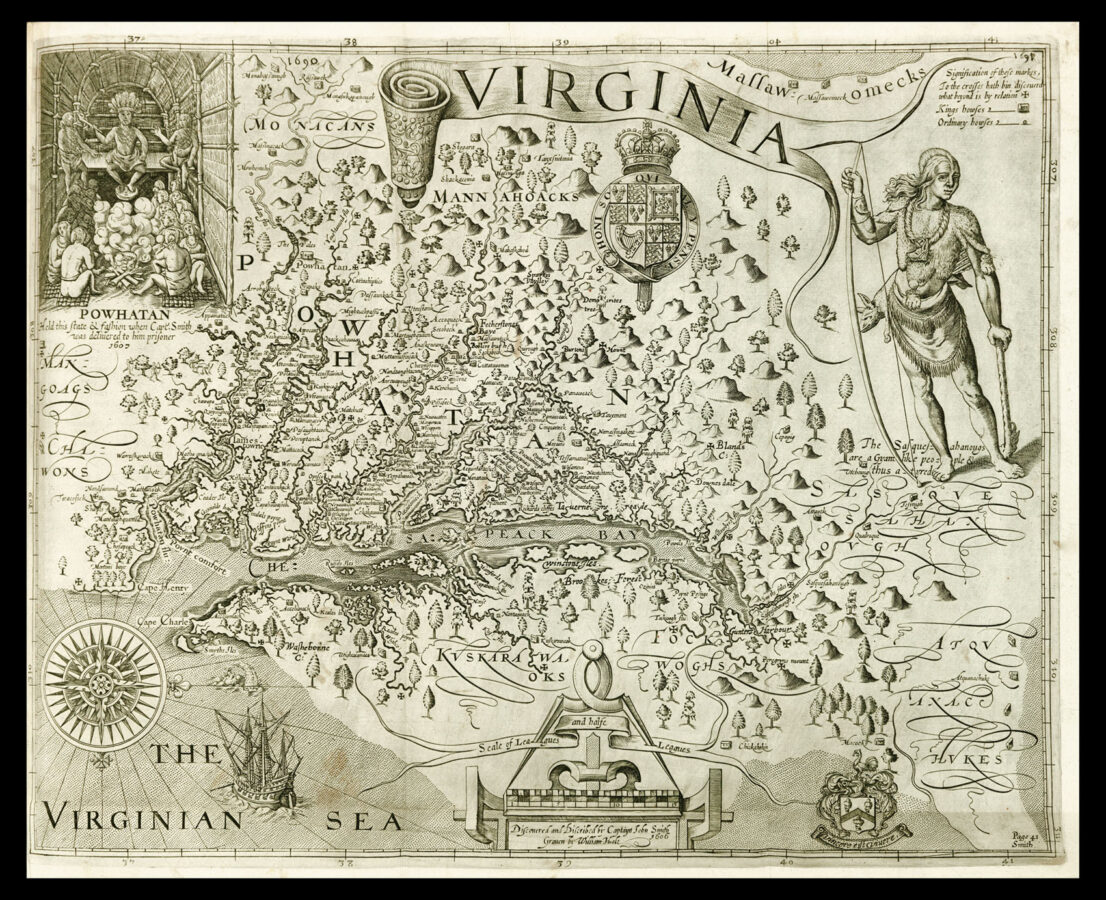 The first detailed map of the Chesapeake Bay area, covering parts of current Virginia, Maryland, Delaware, Pennsylvania, and Washington DC, by the settler Captain John Smith. John Smith aimed to record information for his employers, the Virginia Company, who sponsored a voyage in 1606 to establish a settlement at Jamestown and to evaluate potential resources in North America. The resultant map was, according to Burden, ​“one of the most important printed maps of America ever published and certainly one of the greatest influence. It became the prototype for the area for half a century.” It was not supplanted until Augustine Hermann’s map of the same area, made in 1673. Burden suggests that the map may even have been partially responsible for the success of the Virginia colony. It made the concept of America less alien by ​“reduc[ing] it to civilisation” (Lemay). It is even drawn with north oriented to the right, so the map is seen from the view of a ship arriving from the Atlantic.

After landing in America in 1606, Smith spent two years exploring the major rivers flowing west into the Chesapeake Bay. He travelled for nearly 2500 miles with only primitive mapmaking tools, recording the terrain and trying to locate a navigable route to the Pacific. Smith’s map is important not just as one of the earliest and most famous printed maps of the region, but as a valuable source of information on Native American culture. Smith was accompanied by guides from the court of Powhatan, ruler of the Senecomaca kingdom. The limit of his explorations is marked with Maltese crosses on the map; they also represent the limits of Powhatan’s kingdom. Beyond these points, Smith relied on Native American sources for terrain held by hostile tribes. Smith’s depiction of the Native American villages and towns is still one of the primary sources for information on Native American culture in the region in the early seventeenth century. Burden notes that ​“to this day the map is still used by archaeologists to locate native Indian vilages. It records 166 of them and is remarkably detailed.“

The map is decorated with an illustration of Powhatan’s Council and a Sasquesahanough Indian from John White’s original drawings. The Court scene represents the moment Smith was first captured by Powhatan warriors and brought before their chief, when he was by his own account saved from death by Powhatan’s daughter Pocahontas.

The map first appeared in 1609 when Smith returned to England and employed William Hole to to design and engrave it. The extent to which the map is Smith’s work, or the work of a surveyor on the voyage, Nathaniel Powell, is debatable. Although first printed only in a small pamphlet by Joseph Barnes of Oxford in 1612, when it was published in Smith’s account of his adventures ​‘The Generall Historie of Virginia, New-England and the Summer Isles’ twelve years later in 1624 it was very successful. Purchas’ book contains the tenth state of the map, with numbers of longitude added and the page number corrected to read 1691 in the upper left corner, rather than 1690. 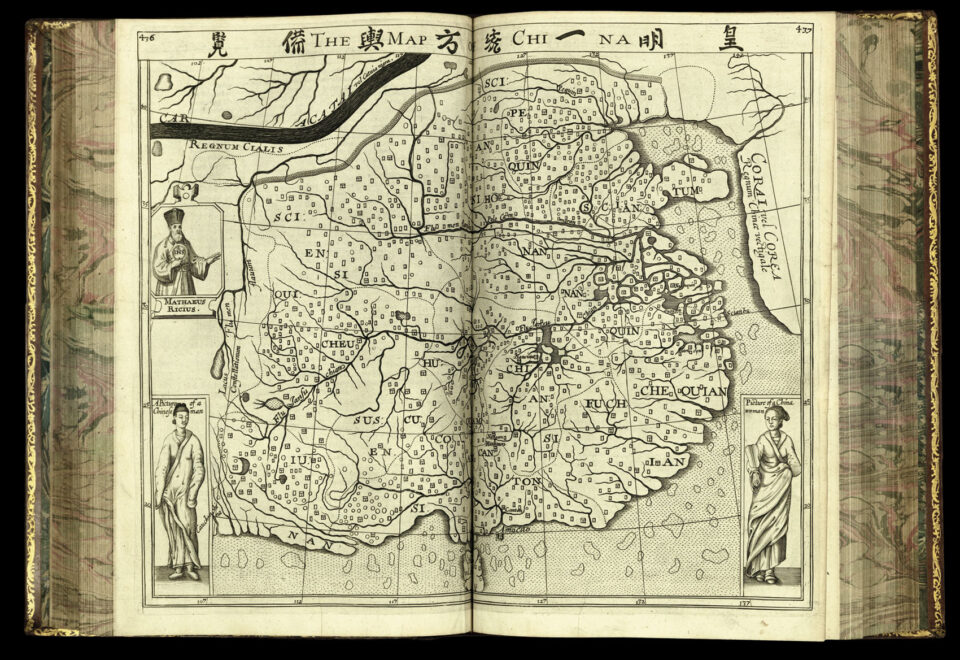