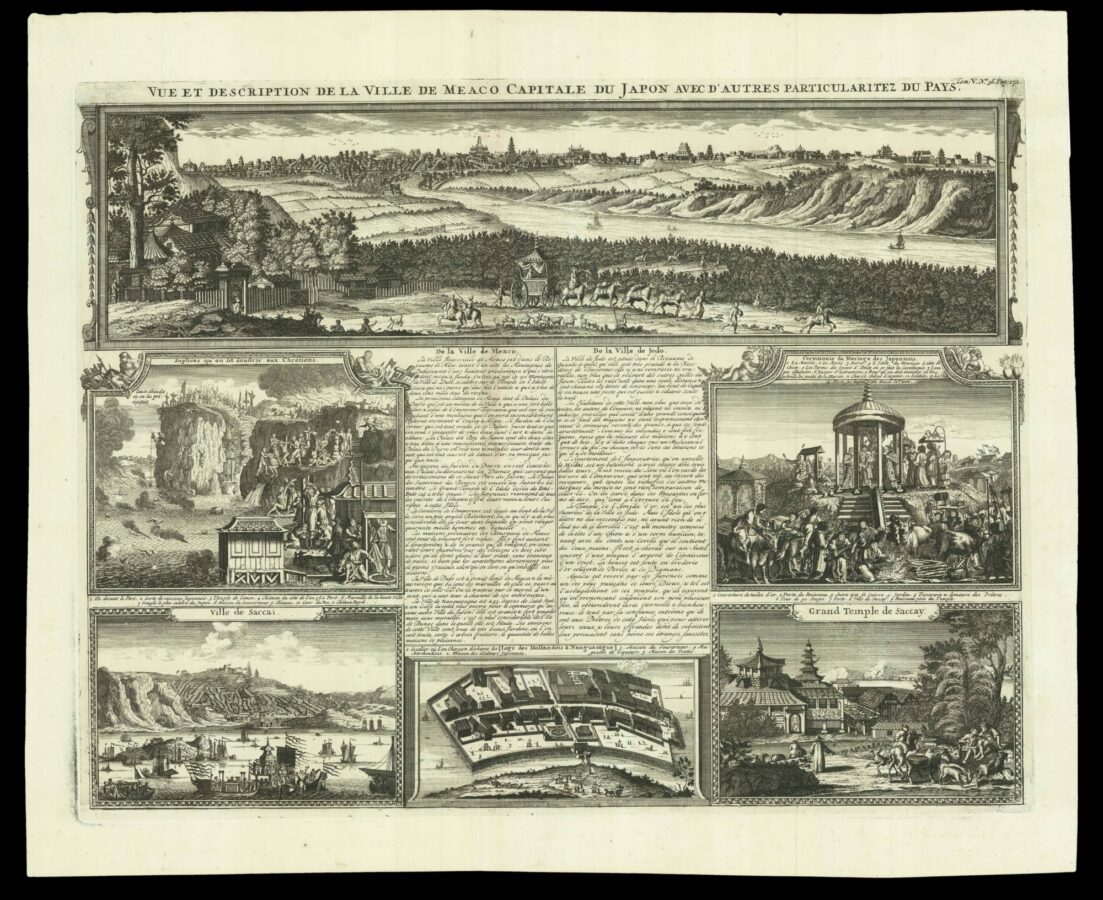 A folio sheet with five views and one plan of locations in Japan from Henri Abraham Chatelain’s ​‘Atlas Historique’.

The French text in the middle described the cities of Kyoto and Tokyo. The views are of Kyoto, the Dutch settlement of Deshima, two views of the town and temple Sakai, a Japanese marriage ceremony, and the persecution of Christian martyrs. Deshima was the base of the Dutch East India Company and one of the few areas in which European traders were allowed during the sakoku period.

Huguenot pastor Henri Abraham Chatelain (1684–1743) was born in Paris, but moved across Europe as religious hostilities increased under Louis XIV. Throughout the early decades of the seventeenth century, Chatelain worked with his father, Zacharie (died 1723), and later his son, also Zacharie (1690–1754), to publish a number of influential maps and books. Chatelain drafted his own original maps, which conveyed the breadth of his historical and geographical knowledge through their ethnographic, heraldic and cosmographic details.