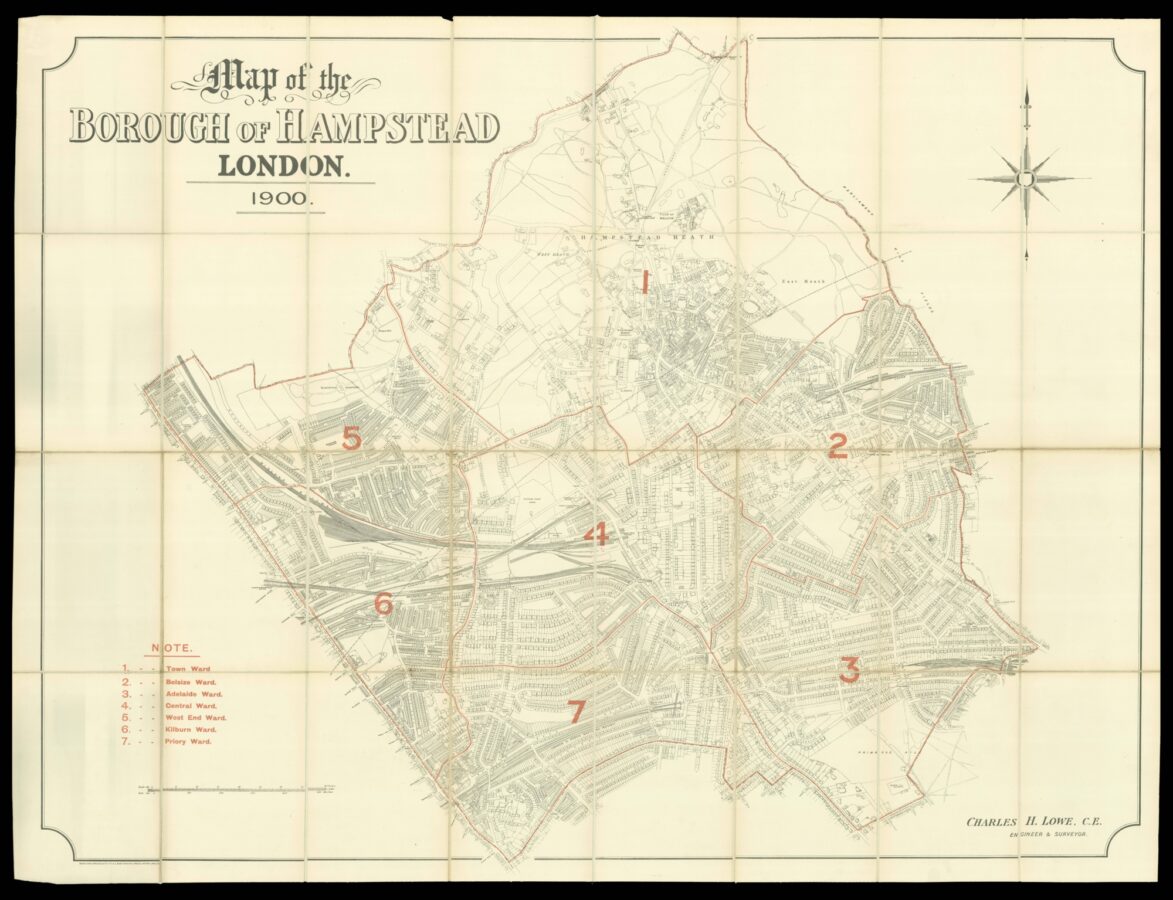 Map of the Borough of Hampstead

The population of Hampstead doubled in size between 1871 and 1891. The expansion of the London railways, especially the North London Line in 1860, made it more accessible from the City, attracting both residents and visitors. As a result of this migration, the area underwent substantial redevelopment. During the 1880s Fitzjohns Avenue was connected to Hampstead High Street, creating a new transport nexus; the slums in central Hampstead were cleared; and the area gained two important hospitals — the Mount Vernon TB and the Hampstead General. In 1889 Hampstead became part of Greater London and in 1900, the year this map was made, it became a metropolitan borough, gaining its first council and mayor. The area had already begun to attract the literary and political figures which would make it a byword for radical thought — Lord Byron and Percy Shelley shared a cottage on the heath — and by the late eighteenth century it was home to a varied group of intellectuals including George du Maurier (grandfather of Daphne), the painter Walter Field, and Sir Henry Cole, a founder of the V&A.