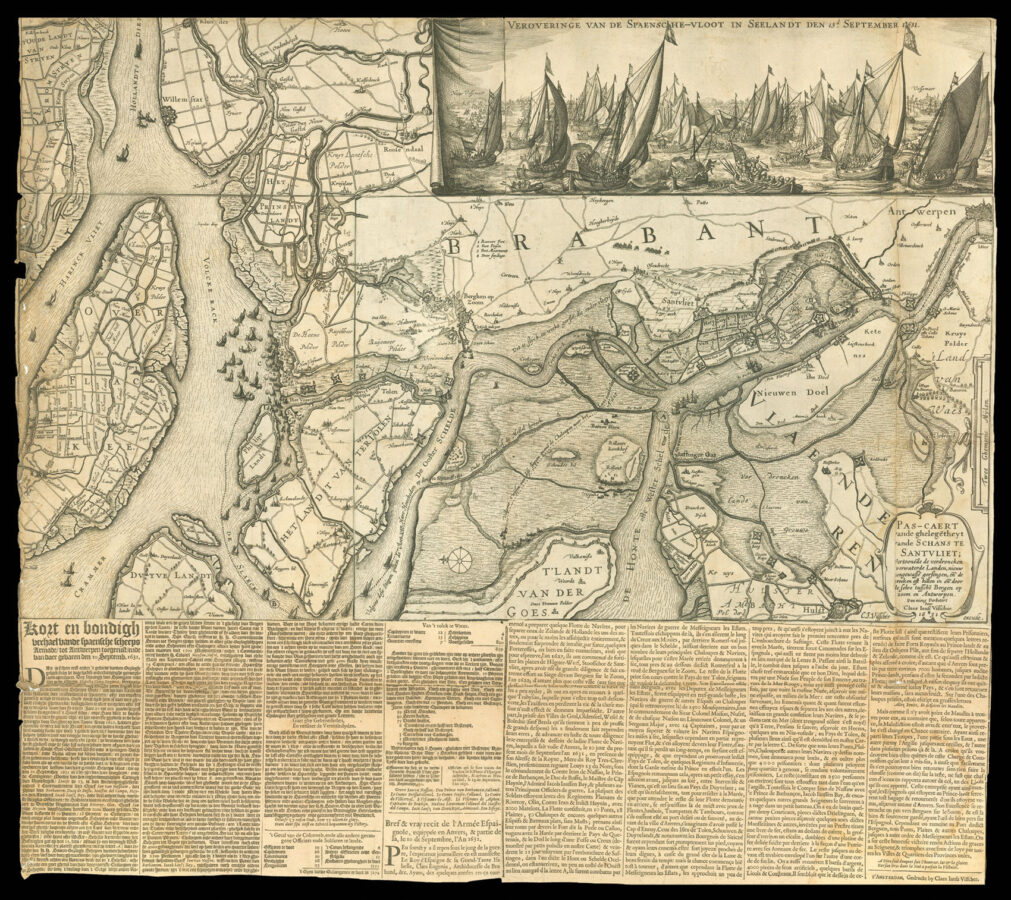 Very scarce news-map of the river approaches to Antwerp and the surrounding area, focusing on the defences of Zandvliet and Bergen-op-Zoom.

The map depicting a column of soldiers advancing on Zandvliet, while the naval Battle of the Slaak (12th — 13th September, 1631) is shown in miniature vignette on the coast, and in the more detailed, finely observed, inset at upper right. The battle was a decisive victory for the Dutch over a Spanish force, surprised in the Slaak of Volkerak channel, in which perhaps three-quarters of the Spanish force was sunk or captured.

The letterpress text pasted below the map is an account of the battles in Dutch and French.

Claes Jansz Visscher established a printing house in Amsterdam specialising in art and cartography after studying under Jodocus Hondius, and published a well known panorama map of London in 1616. 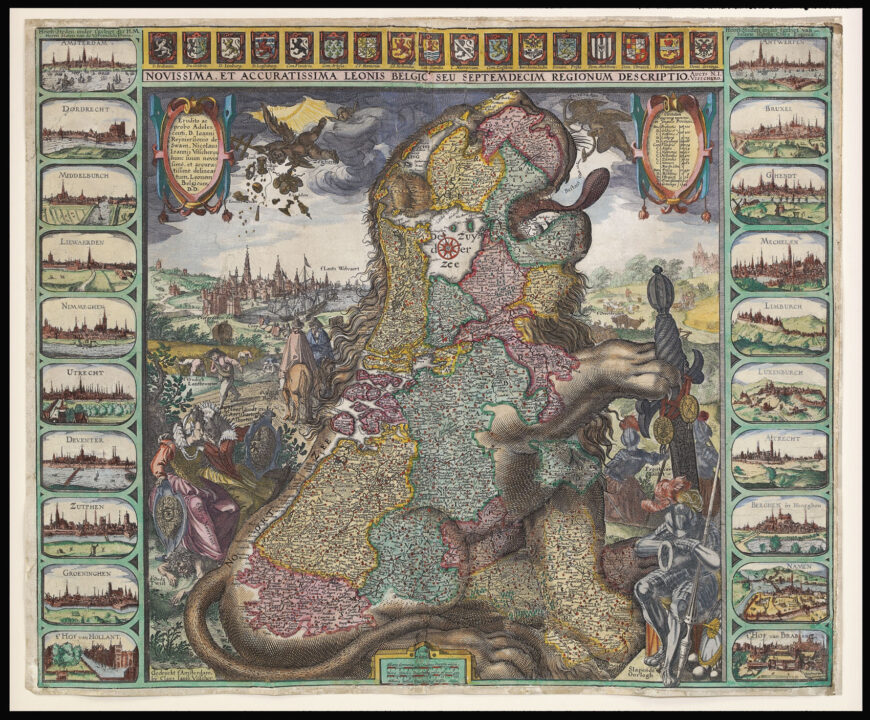