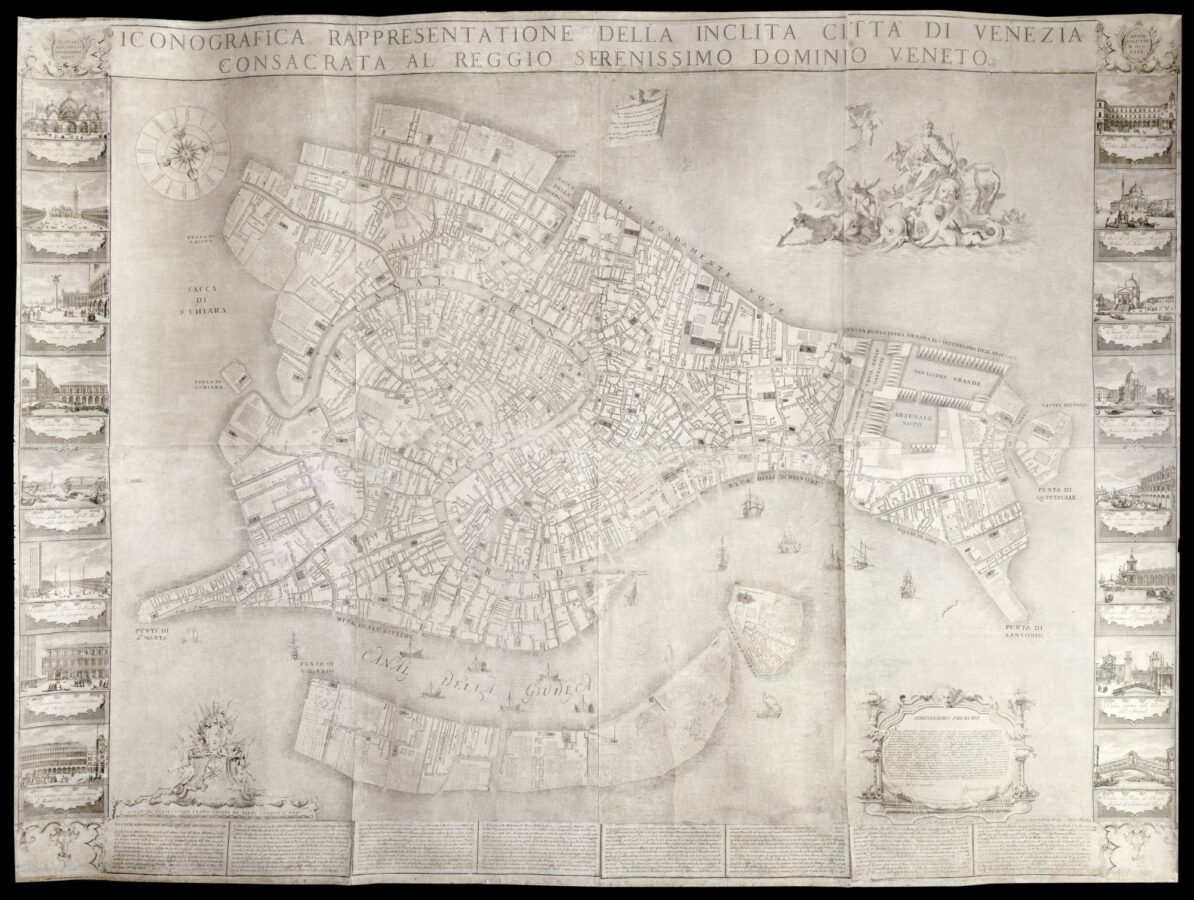 Venice — Queen of the Adriatic

One of the largest maps of Venice ever published, and the first map of the city based upon accurate field surveys. Lodovico Ughi’s topographical map is a landmark in the cartographic history of Venice. Successive Venetian mapmakers in general did not significantly alter the appearance of the city: among the exceptions is Ughi’s work. Not only is it one of the largest printed plans of Venice, but it also served for centuries as a model for subsequent maps.

To the lower left is the coat of arms of Francesco Morosini, surrounded by putti and military equipment. Francesco Morosini (1619–1694) was the last of the ​“warrior Doges”. He is most famed for his victories over the Ottomans during the Morean War (1684–1699), in which he captured most of the Morea. For this he was awarded the honorary title ​“Peloponnesiacus”, and was the first Venetian citizen to have a bronze bust placed during his own lifetime in the Great Hall.

To the upper right is a personification of Venice with the lion of Saint Mark at her feet, surrounded by marine creatures representing her marriage to the sea and the riches she derives from it. The image is taken from a drawing by the Venetian painter Sebastiano Ricci (1659 — 1734). The cartouche at the bottom right holds a dedication written by Lodovico Ughi Alvise Mocenigo, the Doge in 1729. He calls the city ​“blessed by the Virgin, divine, Queen of the Adriatic, always envied, a constant sustainer of the Catholic religion, known throughout the world for her justice, feared by her enemies, defended in all times by her sons who have sacrificed their lives”. Below the map is a long text panel providing information about Venice.