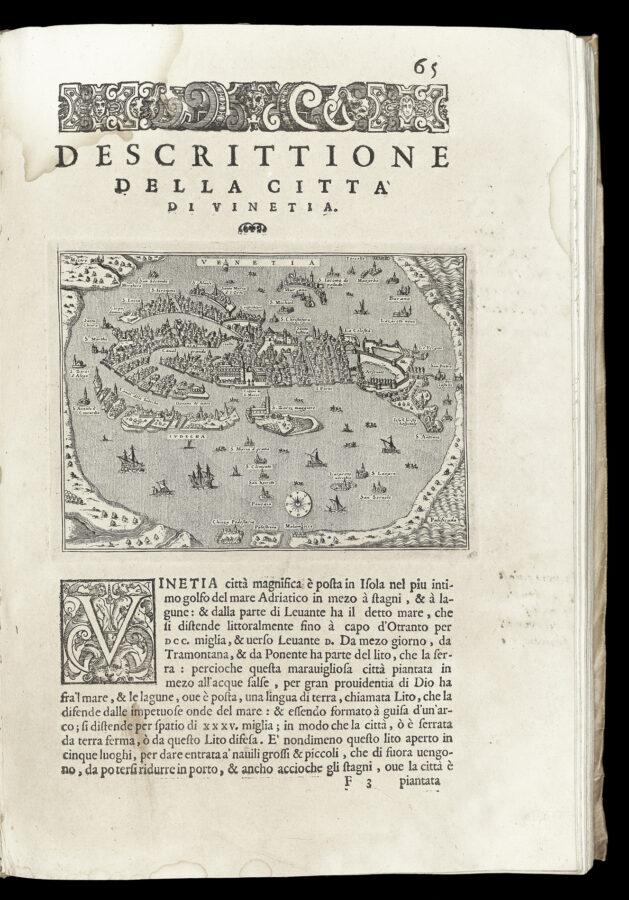 A detailed map of the city of Venice, showing landmarks including the walls of the Arsenale and St Mark’s Square.