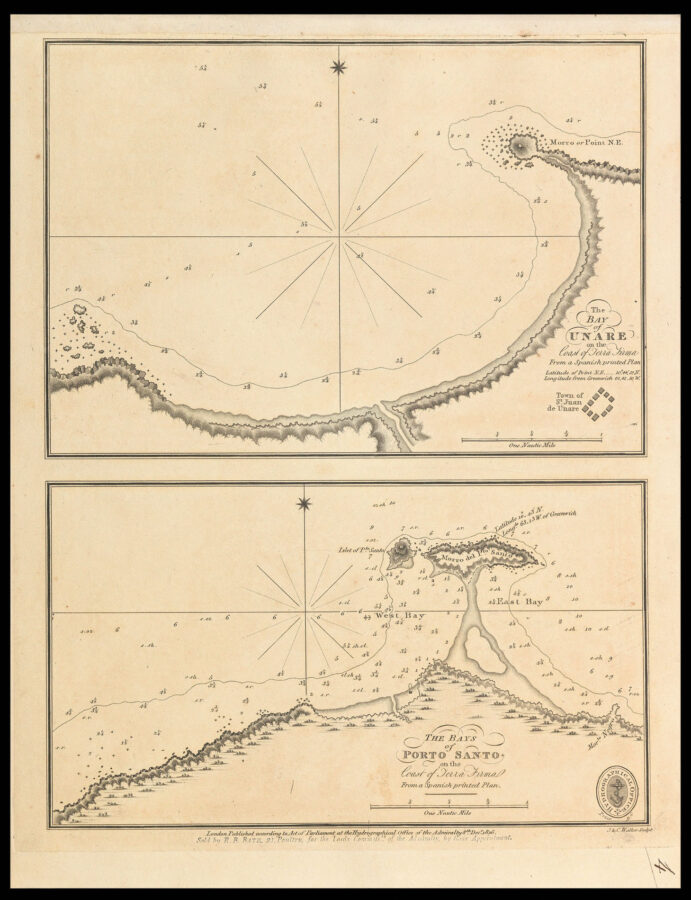 Rare Admiralty chart of the mouth to the River Unare and Porto Santo in Venezuela.