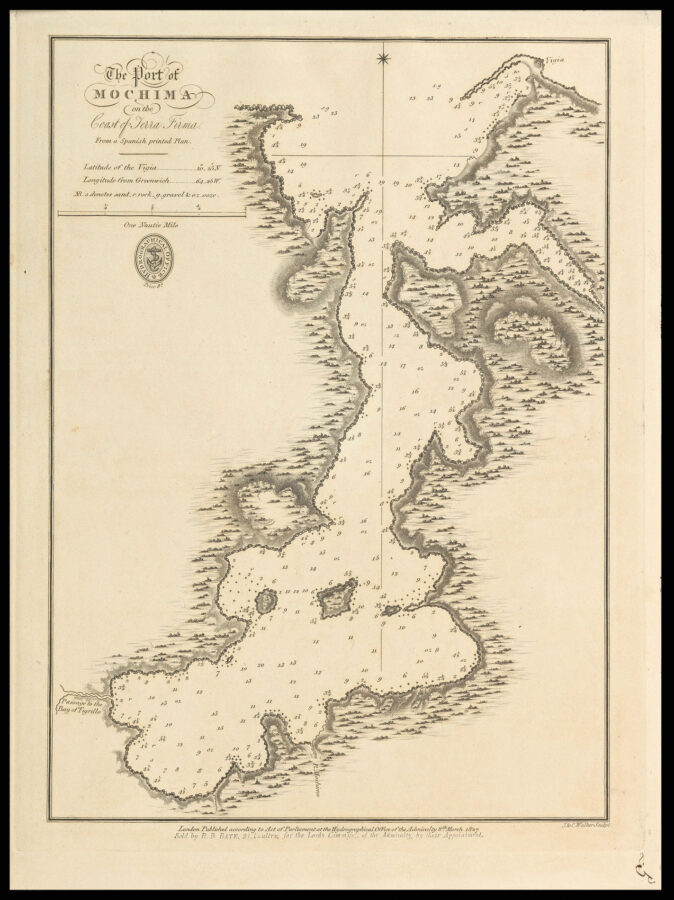 The Port of Mochima on the Coast of Terra Firma

Rare Admiralty chart of the Port of Mochima in Venezuela.