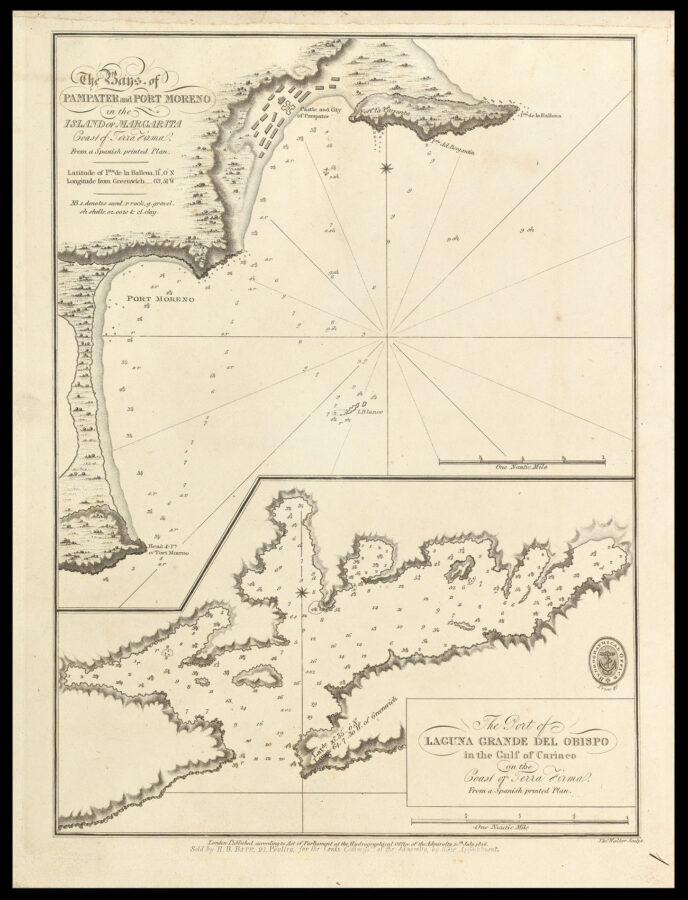 The Bays of Pampater and Port Moreno in the island of Margarita; [and] The Port of Laguna Grande del Obispo in the Gulf of Cariaco

Rare Admiralty chart of the Bay of Pampater and Porlamar on Isla Margarita; and Laguna Grande in Venezuela.