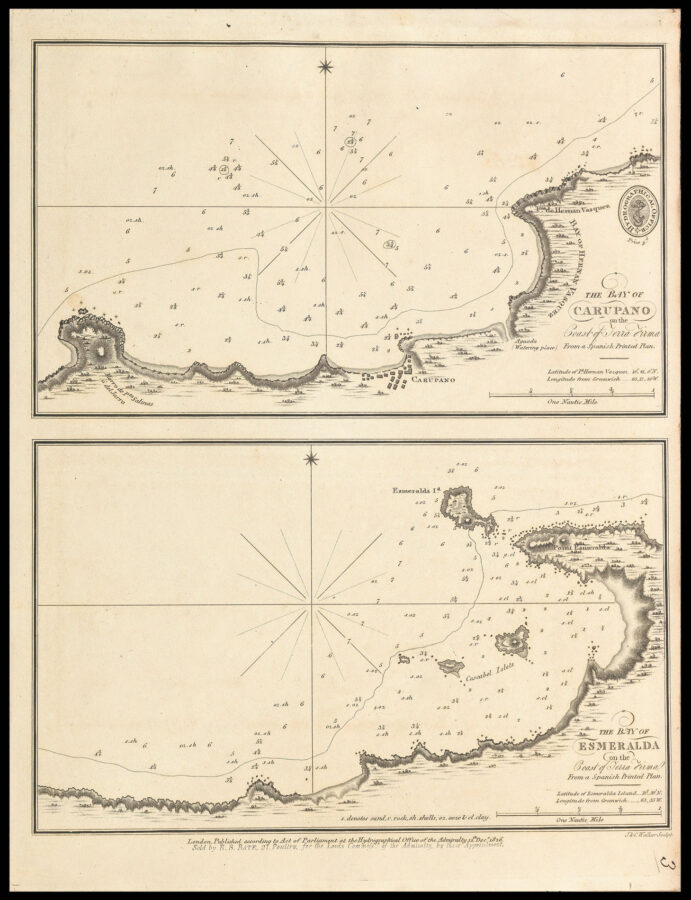 Venezuela — Bay of Carupano and Esmeralda

Rare admiralty chart of the the Bays of Carupano and Esmeralda from the Venezuelan coast.