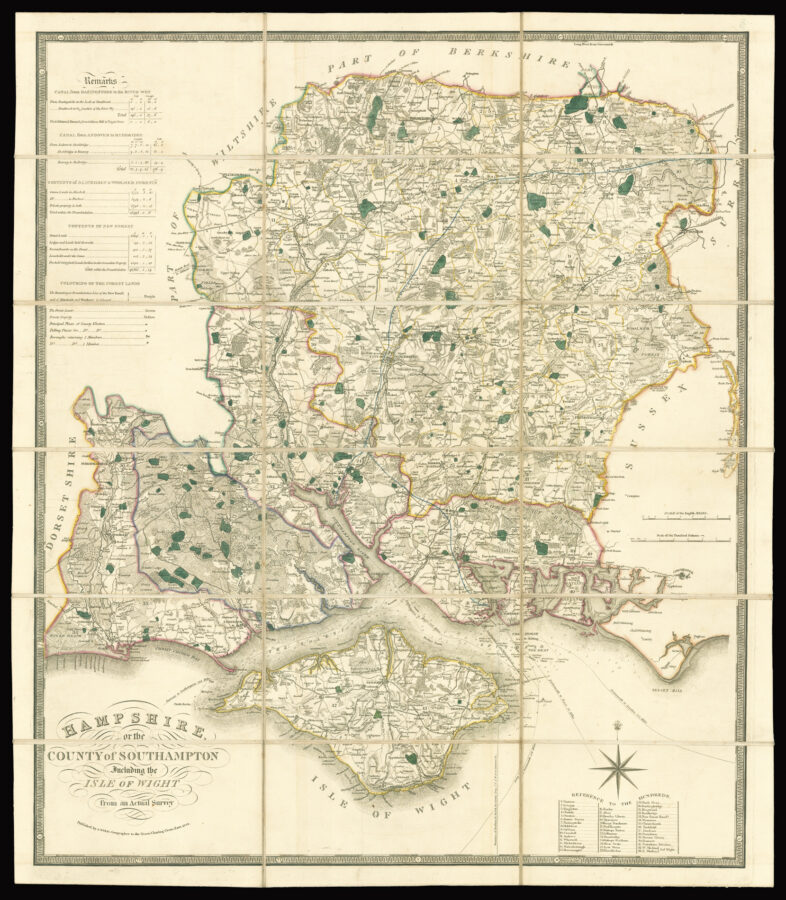 Hampshire, or the County of Southampton, including the Isle of Wight from Actual Survey.

Rare late state of the one sheet reduction of Thomas Milne’s map of Hampshire.

The single-sheet reduction is an interesting map in its own right, but surprisingly was never printed alongside editions of the large-scale survey; indeed it first appeared some five years after the publication of the six-sheet map. It is a true reduction of the latter and includes much of the information found on the larger map, including engraved notes, or legends, referring to the New Forest and the Aliceholt and Woolmer Forests, the major canals of the county and the method of colouring to be used dealing with the Forest Lands. There are two scale bars referring to English Miles and Thousand Fathoms. The present example includes the newly constructed railway lines which were beginning to criss-cross the county.

Rodger does not record the present edition.