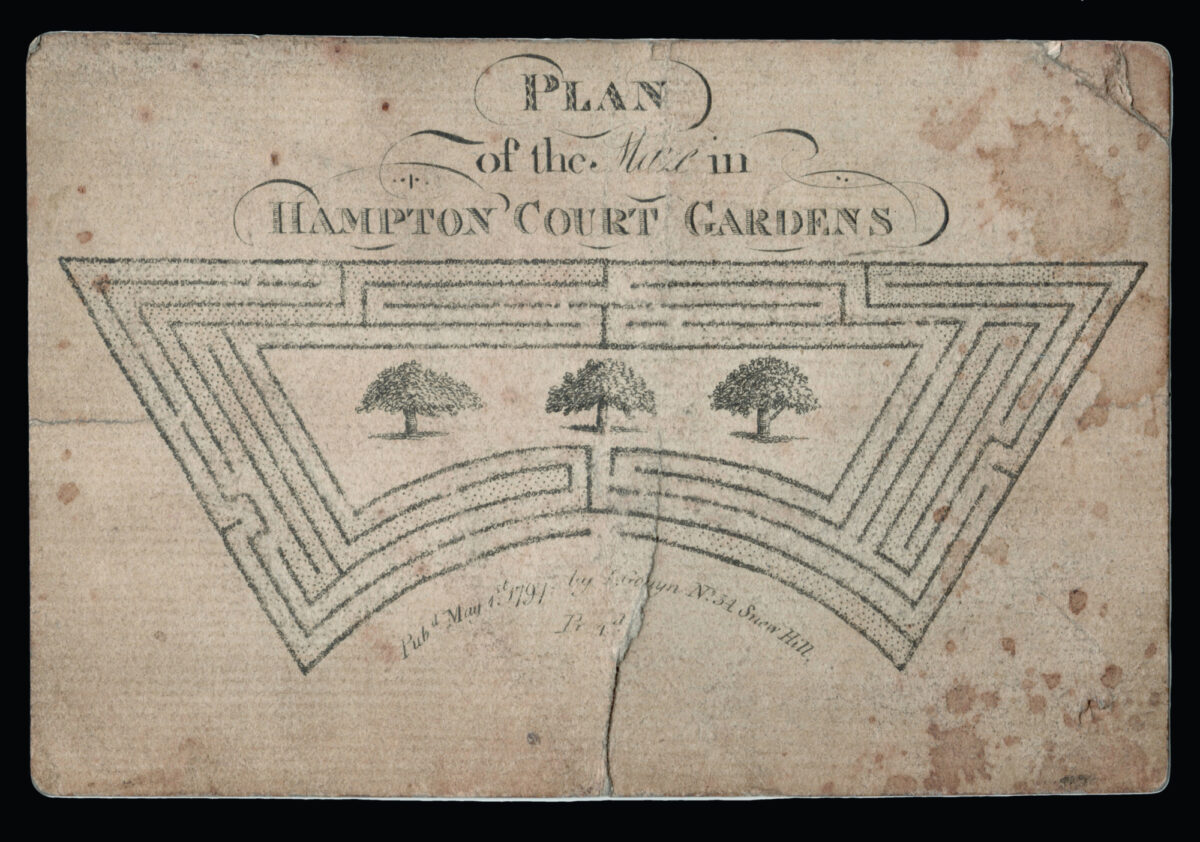 Plan of the Maze in Hampton Court Gardens.

Commissioned at the turn of the eighteenth century by King William III, the hedge maze in the gardens of Hampton Court Palace remains the oldest maze of its kind in the United Kingdom. The trapezoid multicursal maze was designed by George London and Henry Wise, and originally planted across one-third of an acre using hornbeam, which was later replaced by yew. Although not particularly difficult to navigate, the maze stood out from the single-path mazes, usually spiral, which were more typically found in seventeenth century gardens. Later it even served as inspiration for the psychologist Edmund Sanford, who created similar mazes on a smaller scale for laboratory rats, so that he could observe their recognition, problem solving and memory faculties.

The present plan is an early example of the prints issued of the maze, some of which contained a timeline of the construction and use of Hampton Court within its pathways. It is likely that such prints were issued as souvenirs. Hampton Court was opened to the public in 1838 during the reign of Queen Victoria, but no monarch had resided at the Palace since the reign of King George II, and immediately became a popular tourist attraction. It is unclear whether the public were able to access the maze when the present print was published, in 1797. It is relatively simple, being an aerial view of the maze with three trees illustrated at its centre. To the verso, however, are contemporary hand-written instructions on how to reach the middle, explaining ​“the way in & out”:

John Gouyn (fl. 1790–1800) was an engraver and publisher working in London during the late eighteenth century.

Rare. We have been unable to trace another example of the plan in institutions or appearing at auction since the Second World War. 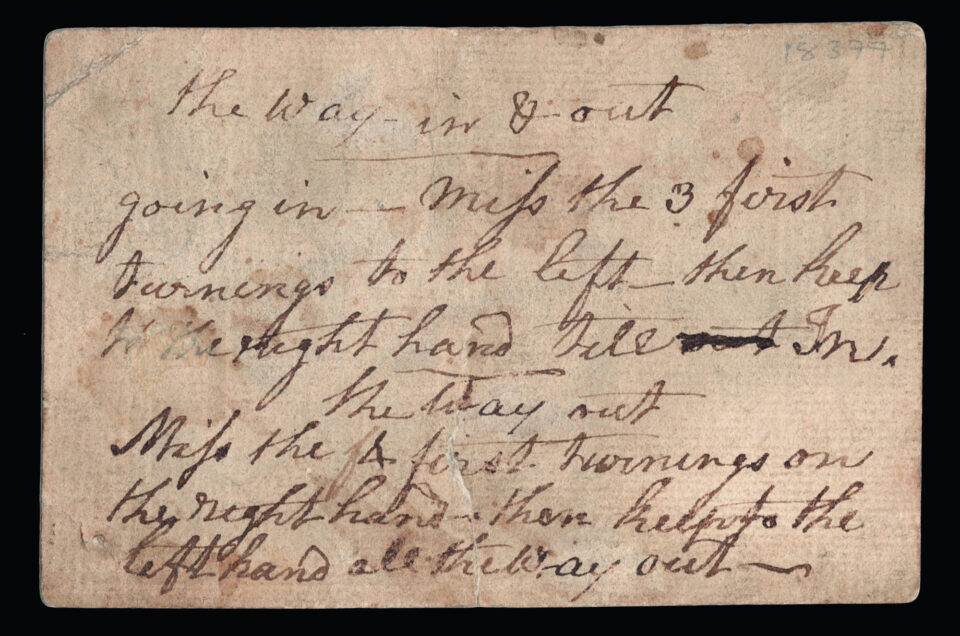