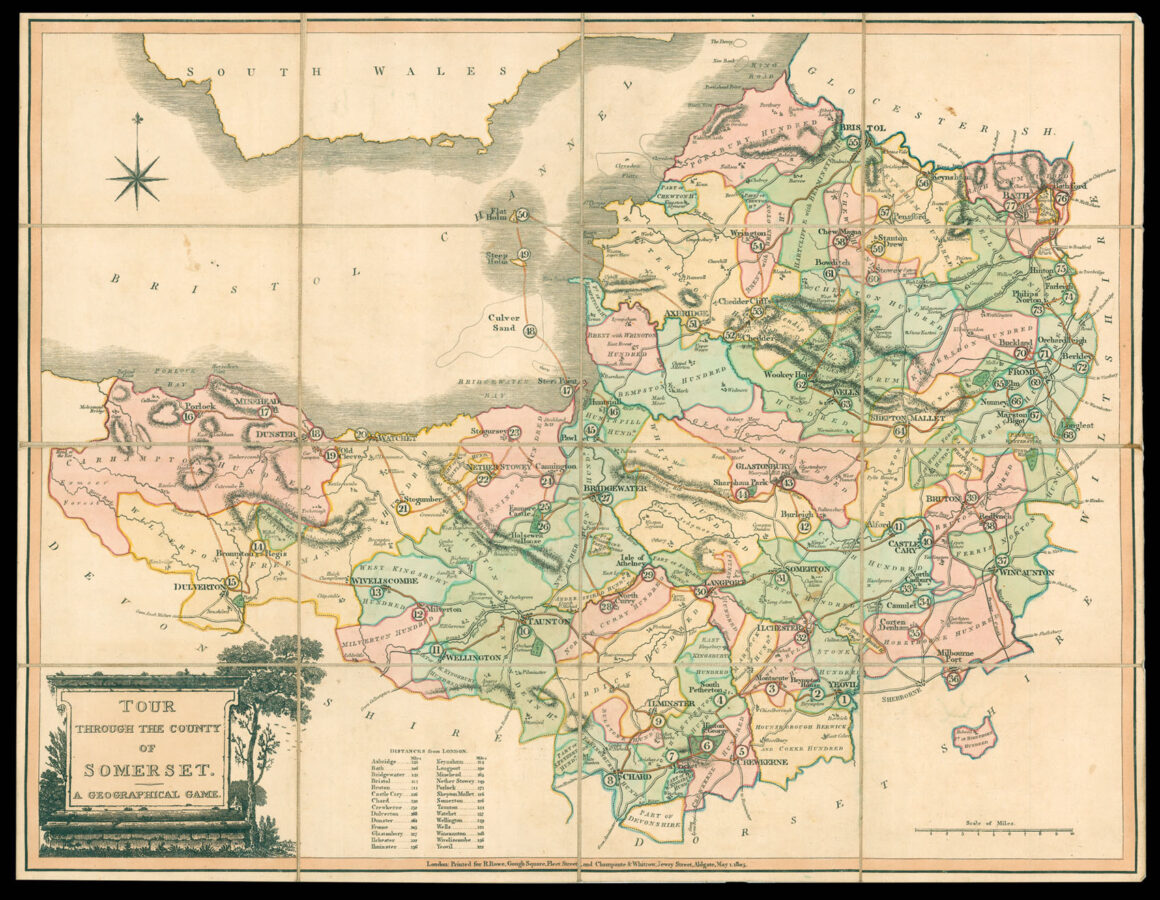 Tour Through the County of Somerset A Geographical Game.

This children’s instructional game could be played by two to six people. Each player taking a ​‘pillar’ (figure), the counters were then shared equally between he players, each player at the start of the game contributing one counter to the pool. The players then take it in turn to spin the ​‘totum’, and move around the board; receiving or donating counters to the pool along the way. The winner being the first to land on number ​‘77’ Bath. The rule book contains a brief description for each numbered circle.

The players begin at Yeovil, ​“a considerable market-town”, travel through Taunton where ​“all ​‘pot-wabblers’, that is all who dress their victuals, are able to vote”, then to Bristol ​“the principal city in the county”, to finally arrive at Bath, ​“a city of great antiquity and famous for the healing virtues of its waters”.

Robert Rowe (?1775–1843) was an engraver, geographer, and publisher working in London. He was apprenticed to the mapmaker William Palmer in 1789. He produced principally maps of London and the English Counties, for the likes of John Fairburn, John Lodge and Joseph Allen.

Rare we are unable to trace any institutional example.