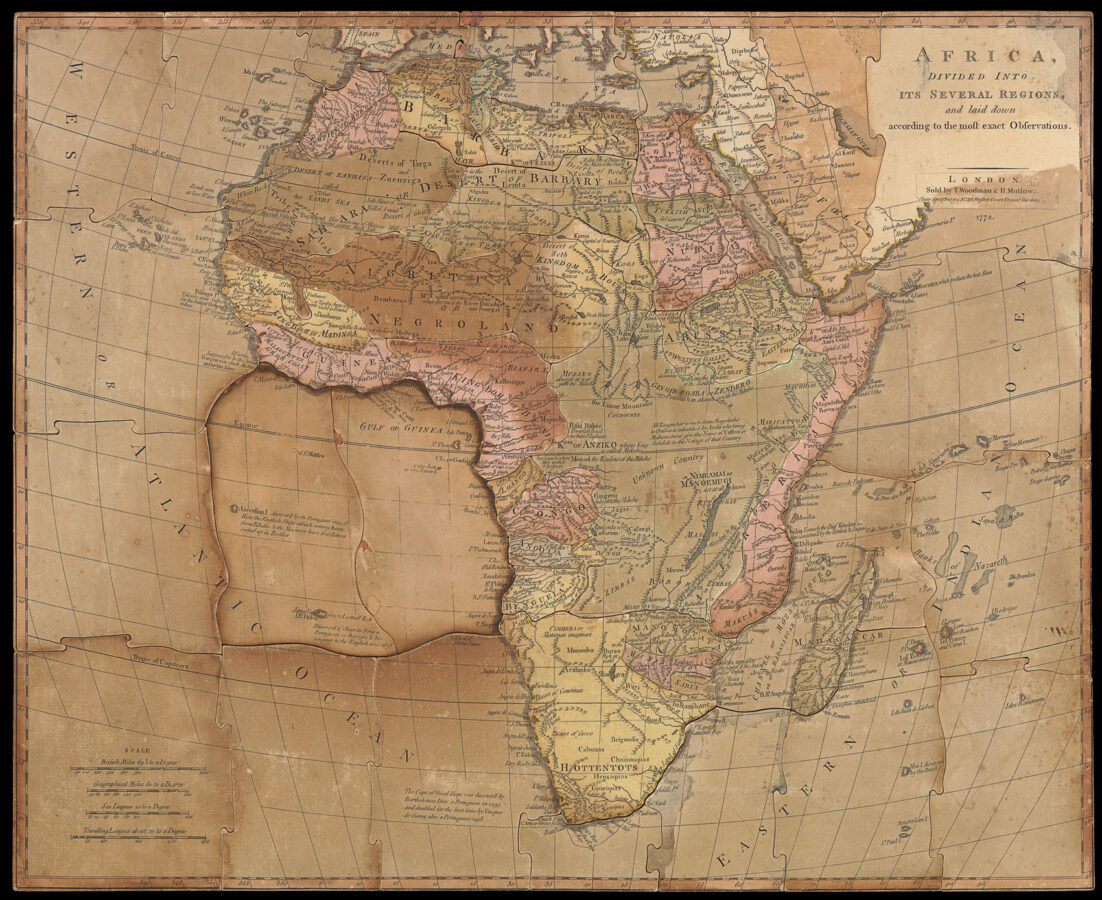 Africa Divided Into Its Several Regions, and laid down according to the most exact Observations.

The map bears the imprint of T. Woodman and Henry Mutlow, who took over part of Spilsbury’s business after his death in 1769. John Spilsbury (1739–1769) is credited with inventing the jigsaw puzzle, when in 1766 he affixed a world map to wood and carved each country out. He would go on to create puzzles of the four continents together with puzzles of England, Wales, Ireland, and Scotland. The maps were designed as teaching aids for geography classes. As pupils put the pieces together, they would learn how different countries connected to one another.

Upon his death in 1769 the business was continued by his widow Sarah May, who would later marry her husband’s former apprentice Harry Ashby. Not soon after the marriage Ashby brought in the map and printseller’s Woodman and Mutlow to run part of the business.

Rare we are unable to trace any institutional example. The British Library has an example of Spilsbury’s Africa dated 1667, however, the title varies from the present example, and two pieces (Gabon and Angola) are missing. The Library of Congress has an example of the Asia with the imprint of Woodman and Mutlow, dated 1772.