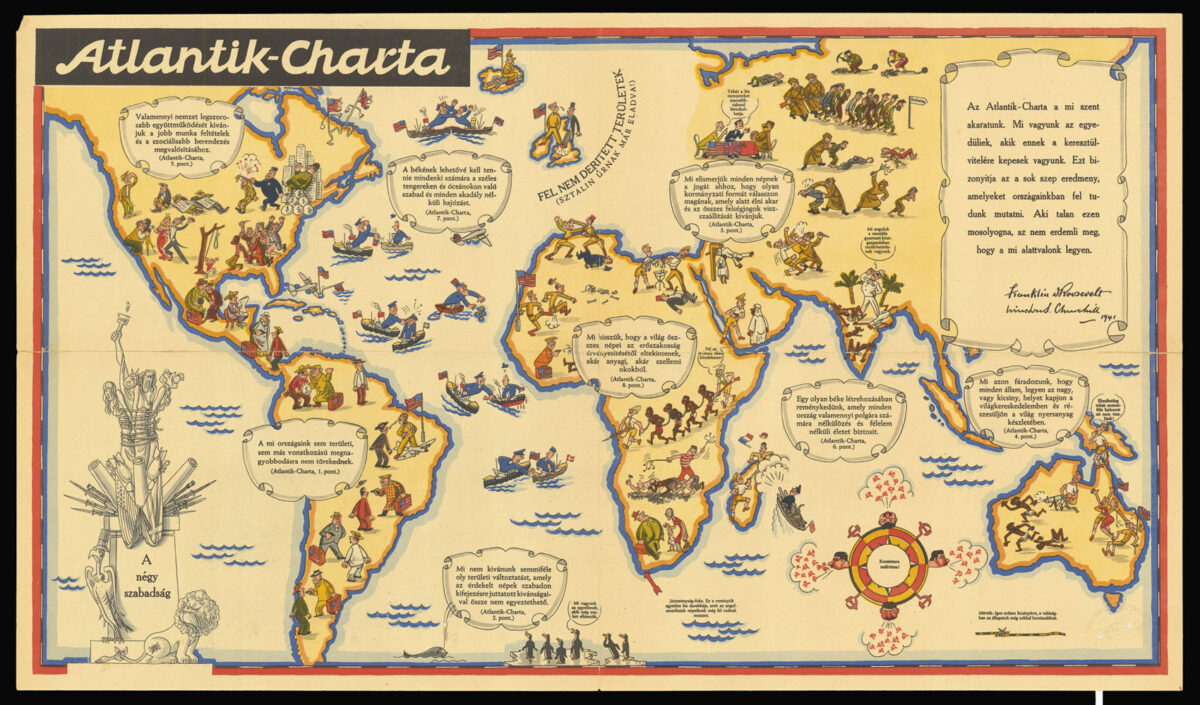 A satirical map of the Atlantic Charter.

Signed in 1941 between America and Britain, and later ratified by all the Allies, the Charter set out their goals for the post war world. These included: no territorial aggrandisement; no territorial changes made against the wishes of the people, self-determination; restoration of self-government to those deprived of it; reduction of trade restrictions; global cooperation to secure better economic and social conditions for all; freedom from fear and want; freedom of the seas; and abandonment of the use of force, as well as disarmament of aggressor nations.

The present map sees the Charter in a different light, with Britain, America, Russia using it as cover to carve up the post war world. The USA is seen taking control of the Americas through the use of bribes and guns, whilst they battle it out with Britain and France for control of Africa, and the Far East. The USSR on the other hand, is shown marching prisoners off to Siberia, and inflicting pain and suffering on her population and satellite states. To the lower left a monument shows female personifications of Roosevelt’s ​‘Four Freedoms’ (of speech; worship; from want; and from fear) bound, and surrounded by the military spoils of war; at its base a wounded British Lion looks enviously at a proud American eagle.

Rare we are unable to trace any institutional example.