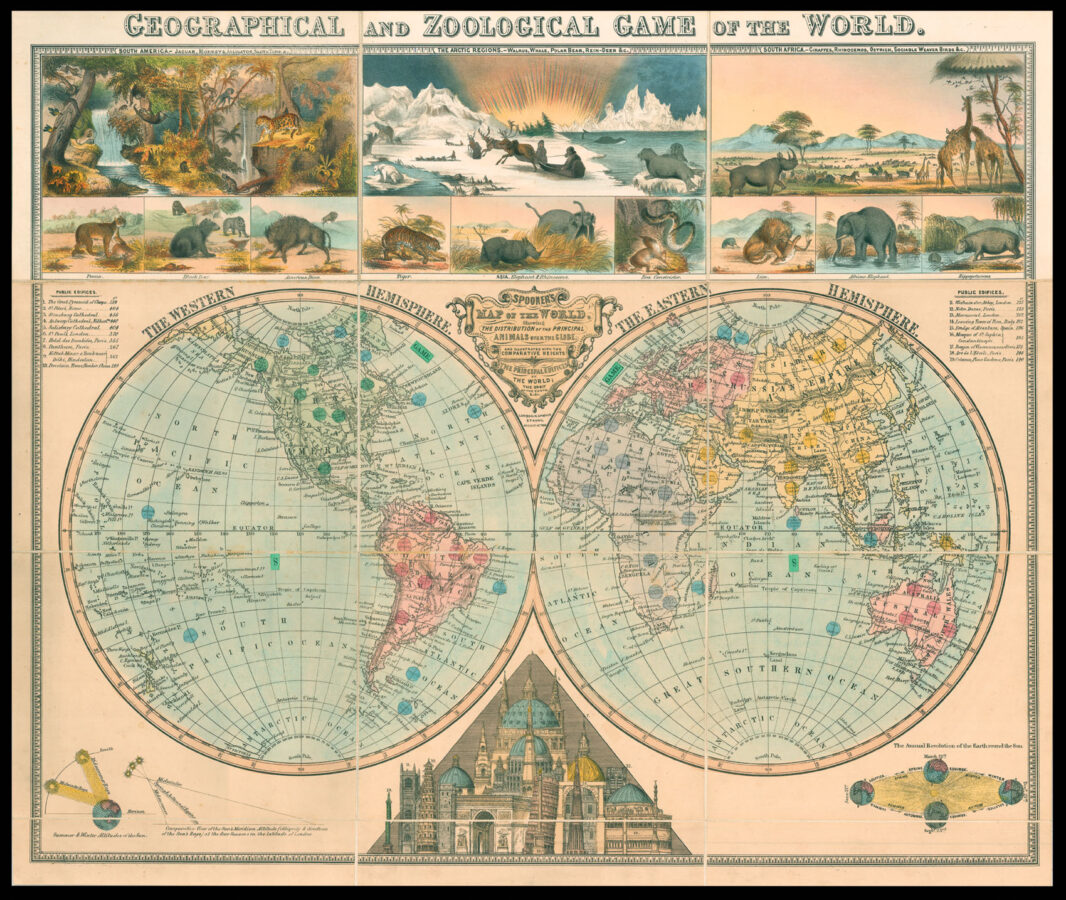 Unrecorded game map of the World

Striking game world map showing the distribution of animals around the world. The game is played with a totem marked with the four cardinal directions (N,S,E,W). The player moves along the lines of latitude and longitude, as instructed by the totem. As they move, the players pay in and receive counters from the pool when they land on principal cities or circles with the names of indigenous animals. When the player lands on one of these circles, they are required to read out the names of the animals and the name of the continent on which they preside. The winner is the player who lands on the ​“Game” marker.

Above the map are twelve vignettes of animals and their habitats from around the world; these include the elephant, rhinoceros, boa constrictor, lion, hippo, puma, black bear, tiger and American bison. Surrounding the map is a list and diagram of the 19 principal edifices of the world, together with diagrams of the annual revolution of the earth round the sun and the altitude of the sun at the summer and winter solstice and equinox.

William Matthias Spooner (1796–1882) was a publisher and printseller working in London. He specialised in children’s instructional games.

We are unable to trace an institutional example.