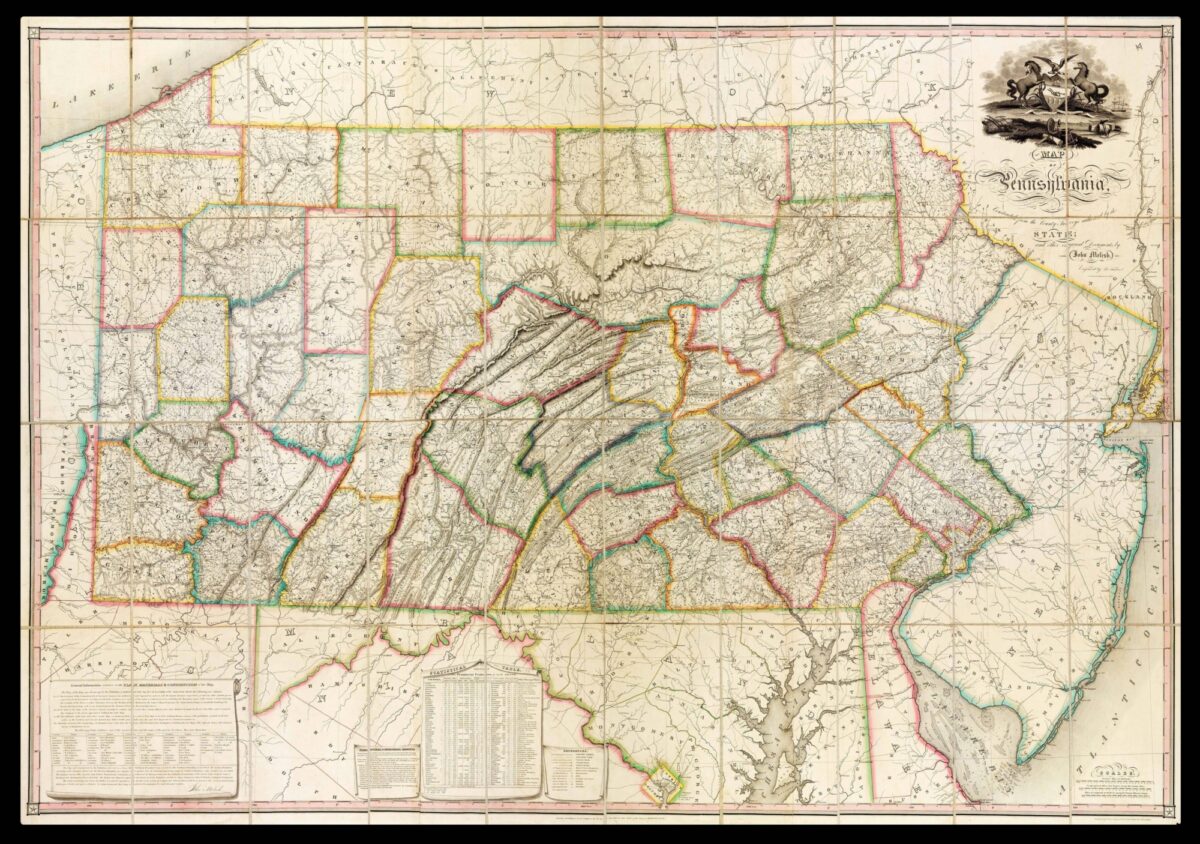 Map of Pennsylvania, Constructed from the County Surveys…Corrected and Improved to 1825

Unrecorded example of state 3: with an additional imprint, not present on the 1822 editions of the map, found below the bottom border on the right: ​“Published by B. Tanner, Engraver. No. 74 South Eighth Street, Philadelphia”, without manuscript ink annotations in the upper left corner of the map as on the State 1a 1822 editions.

John Melish’s map of Pennsylvania is one of the earliest important large format maps of an individual American state. The state of Pennsylvania authorized it with an 1816 legislative act, and John Melish created it using county maps from a variety of surveys conducted between 1816 and 1820. He delivered it in March 1822.

As with his map of the United states, Melish meticulously compiled the best available information and regularly updated his map. After Melish’s death in December 1822, Philadelphia engraver Benjamin Tanner made no less than 6,447 corrections before publishing this updated version in 1825. Tanner took pains to list his many additions and improvements in a February 17, 1825, letter. In addition to Pennsylvania, it includes all of New Jersey and parts of Delaware and Maryland, although in less detail. Longitude is marked by using Washington, D.C. as the Prime Meridian.

Very rare on the market, the present example is the Babinski copy of the ​“unrecorded and very rare. state 3.” one of an estimated number of 64 copies published, and bearing the additional imprint ​“Published by B. Tanner, Engraver. No. 74 South Eighth Street, Philadelphia.“

With a large vignette depicting the Pennsylvania state seal.