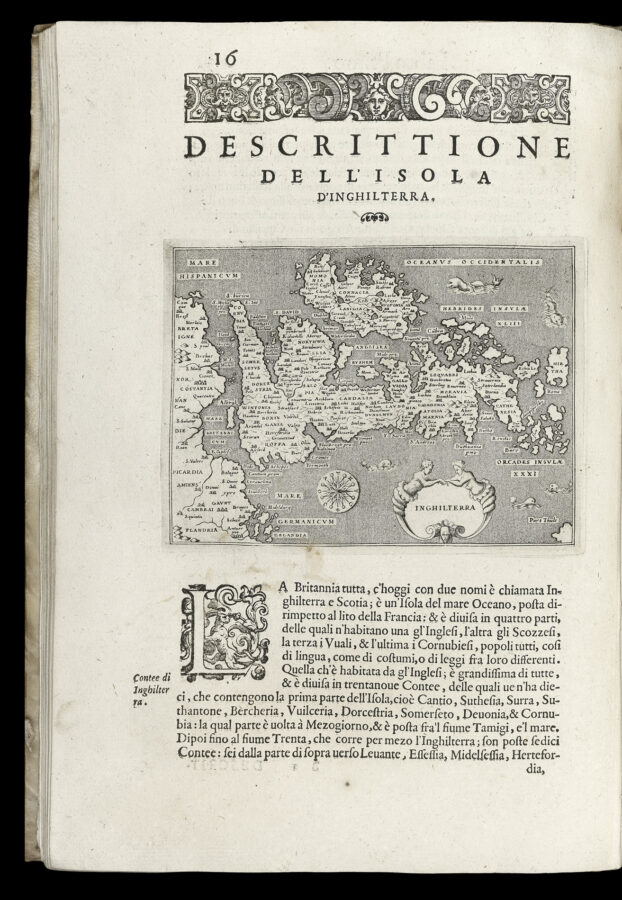 A detailed map of the United Kingdom and Ireland after Lily, oriented to the west. The outline of Ireland is somewhat hazardous. Bizarrely, the map omits London.