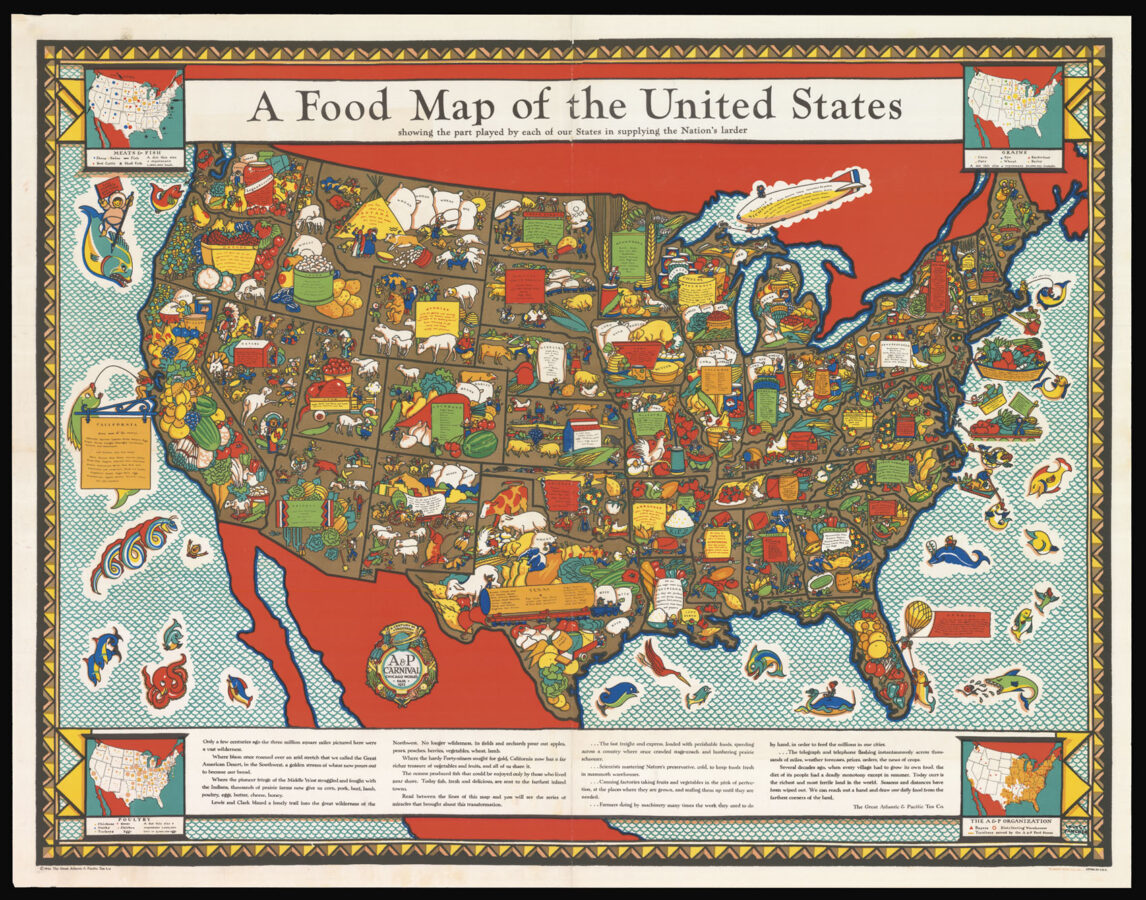 Uncle Sam Comes to the Table

Food Map of the United States.

An amusing map of the United States showing the signature foods produced by each state.

The map was commissioned by the Great Atlantic and Pacific Tea Company for their exhibition at the 1933 Chicago World Fair from Louis Delton Francher. Francher (1884–1944) was a commercial illustrator and poster designer. Trained in Munich, he returned to America and designed some early military recruitment posters, before serving himself in military intelligence during the First World War. He eventually went into advertising.

Each state is populated with depictions of the inhabitants, livestock and produce. The text on the map boasts that America is ​“the richest and most fertile land in the world”, and emphasised the variety and quantity of food afforded by the country’s size and varied terrain and climate. While American food production had certainly expanded rapidly, the map nevertheless makes no mention of the effect of the Depression and the ​‘Dust Bowl’ crisis in the midwest.

Francher’s map was well-received, and thousands of copies were sold with an accompanying booklet during the World Fair.

There is an example of the map in the David Rumsey Collection — although it was a very popular map at the time, it is now reasonably scarce.