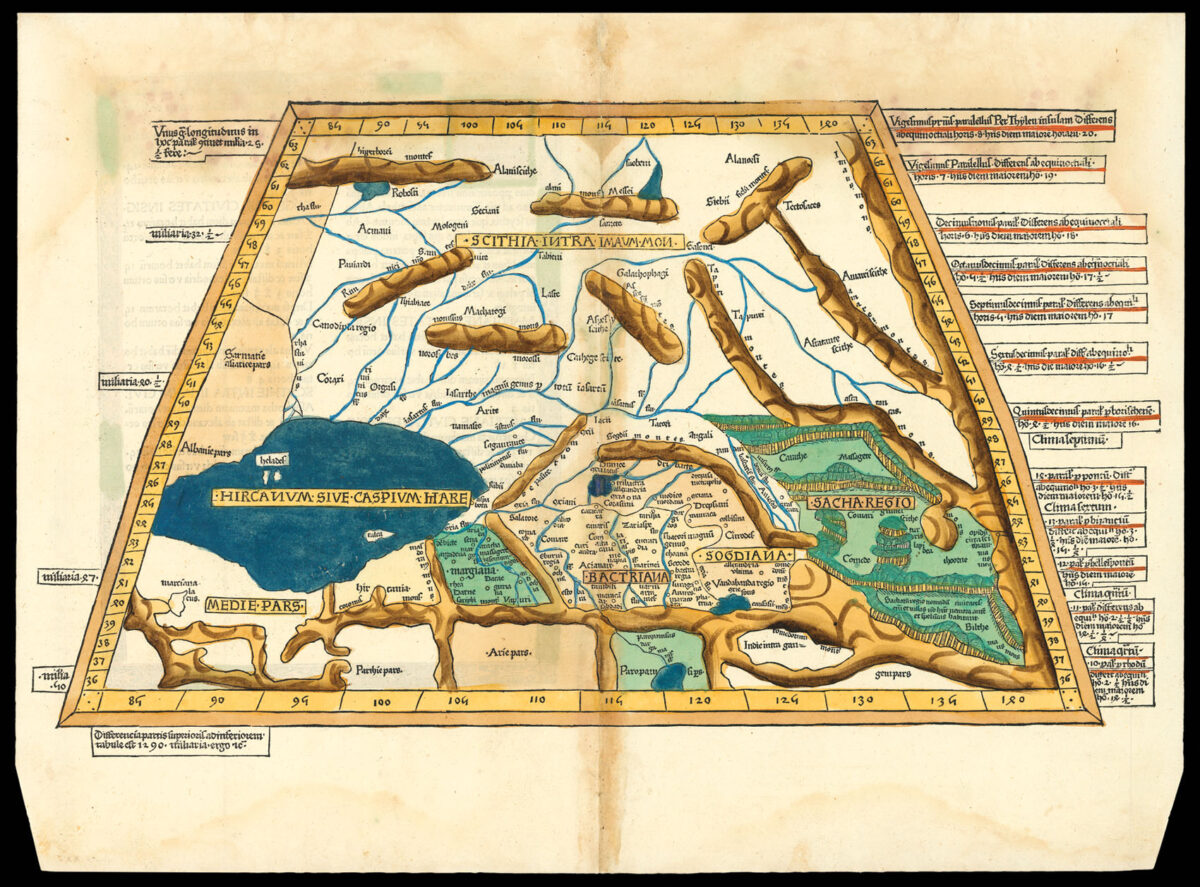 This striking map depicts Central Asia east of the Caspian Sea as envisaged by the second century A.D, cartographer Claudius Ptolemaeus, and is one of the earliest obtainable prints maps of the area. The map covers most of the ​“Stans”, Uzbekistan, Turkmenistan, Afghanistan, Kazahstan, including parts of Iran, with a squashed Caspian Sea to the right. The ancient Scythian kingdom dominates the upper part of the map. To the east is a heavily wooded area marked ​“Sacha Regio”.