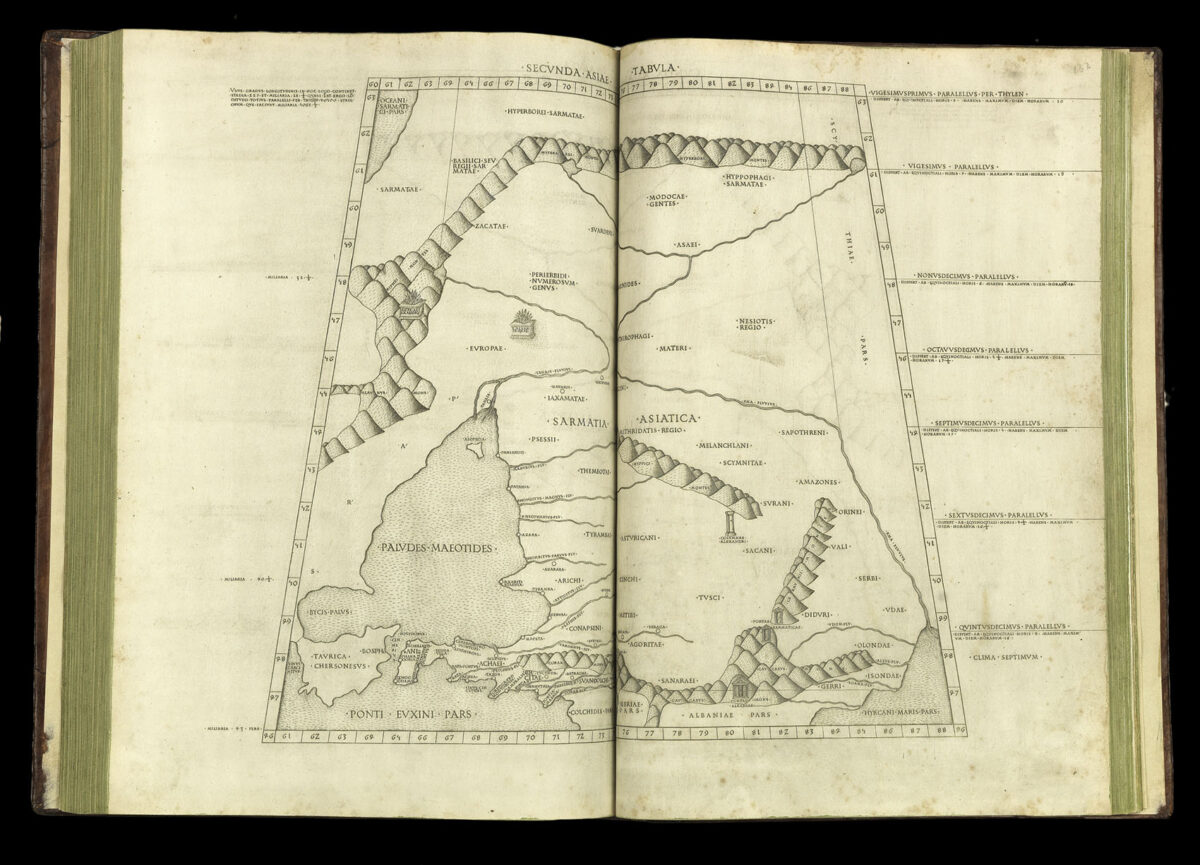 The map shows part of present day Ukraine and Russia on the northern coast of the Black Sea. Two mountain passes (Portae Albaticae and Portae Sarmaticae) are marked with Greek pediments. The Portae Sarmaticae was the only pass in Ptolemy’s time between Sarmatia and Iberia. The Pillars of Alexander are marked just above.