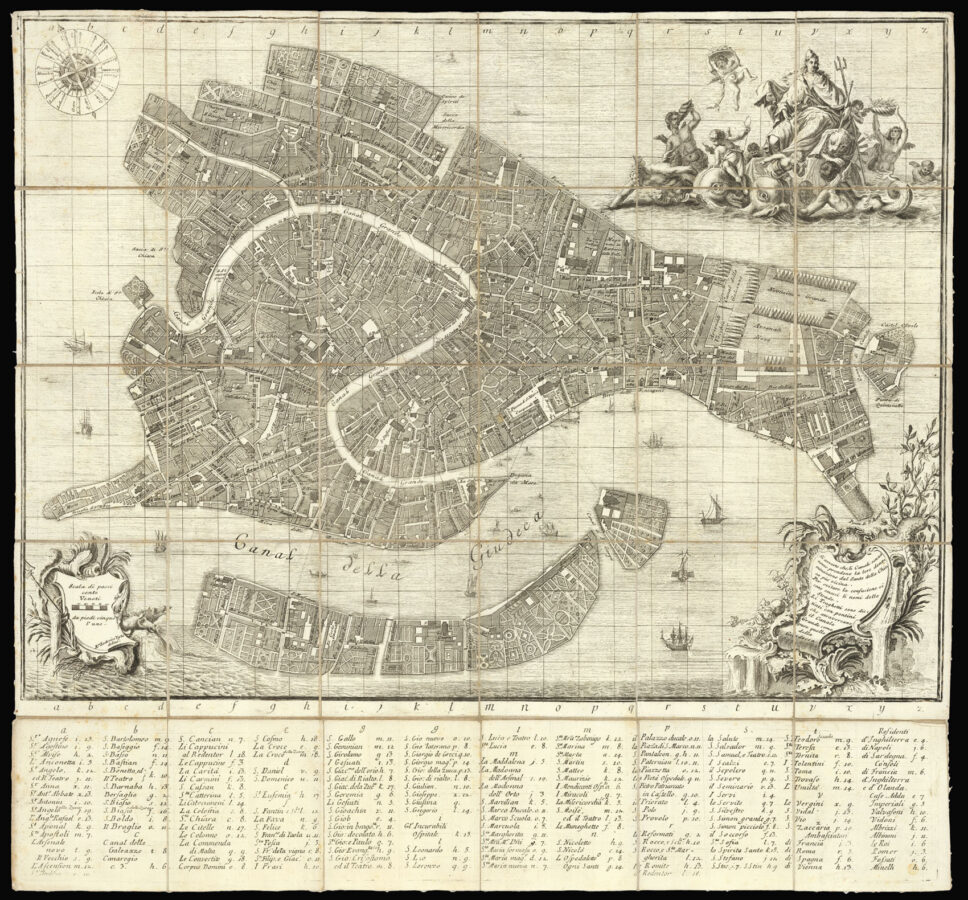 Ughi’s rare reduction of his plan of Venice

The first state of Ughi’s rare reduction of his monumental map of Venice.

Lodovico Ughi’s topographical map is a landmark in the cartographic history of Venice. Successive Venetian mapmakers in general did not significantly alter the appearance of the city: among the exceptions is Ughi’s work. Not only is it one of the largest printed plans of Venice, but it also served for centuries as a model for subsequent maps. Ughi’s plan is one of the largest maps of Venice ever published, and the first map of the city based upon accurate field surveys.

To the upper right is a personification of Venice with the lion of Saint Mark at her feet, surrounded by marine creatures representing her marriage to the sea and the riches she derives from it. The image is taken from a drawing by the Venetian painter Sebastiano Ricci (1659–1734).

The cartouche at the bottom right explains that when the canals’ names are missing, they are named after the Saint of the closest Church. Also, that the ferries are represented by the small dots cutting through the canals.