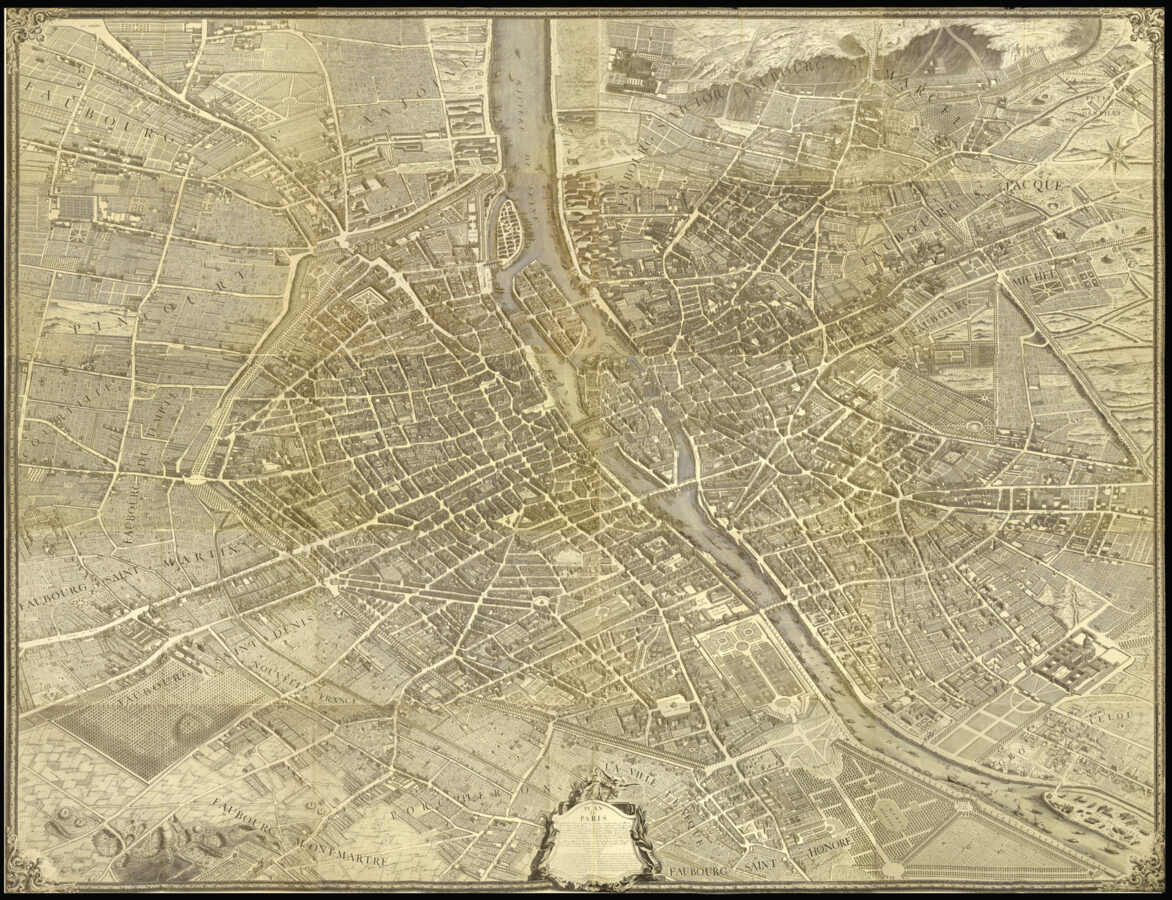 Turgot’s fine plan of Paris during the reign of Louis XV.

Louis Bretez began his work in 1734, and was given permission by Turgot to enter all the mansions, houses and gardens in Paris, in order to gain accurate measurements and drawings. The endeavour would take two years.